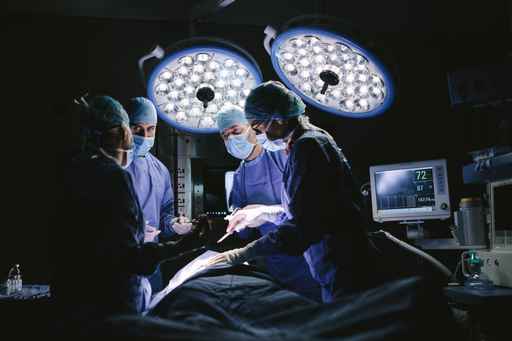 Doctors, nurses and other medical professionals have new, stronger federal protections if they have religious and moral objections to performing certain procedures, such as abortion or assisted suicide.

The Department of Health and Human Services (HHS) announced Thursday the creation of a new division in its existing Office of Civil Rights (OCR) that will investigate complaints filed by health care workers claiming that their employers have violated their religious rights.

“For too long, too many health care practitioners have been bullied,” Acting HHS Secretary Eric Hargan said Thursday, noting that both federal and state governments have “hounded” individuals and religiously affiliated hospitals for putting faith ahead of profession.

“No one should be forced to choose between helping sick people and living by one?s deepest moral or religious convictions, and this new division will help guarantee that victims of unlawful discrimination find justice,” OCR Director Roger Severino said at the Thursday announcement. “We are saying with the launch of this division, you do not need to shed your religious identity, you do not need to shed your moral convictions, to be part of the public square.?

Called the Conscience and Religious Freedom Division, the move will allow the OCR to ?more vigorously and effectively enforce existing laws protecting the rights of conscience and religious freedom, the first freedom protected in the Bill of Rights,? according to a press release.

Health care professionals who feel they are experiencing discrimination when they refuse to participate in specific medical procedures, including abortion, or feel coerced into doing so, can now file a complaint with the new office. The OCR was previously mostly focused on ensuring patient safety and privacy.

Severino, who mentioned his own Catholic devotion during the press conference, said the had OCR received 34 religious liberty-related complaints since President Donald Trump was elected in 2016, compared to 10 complaints between 2008 and 2016.

?The state should not force people to go against their integrated view of humanity,? he said. Under the new office, previously voiceless nurses like Cathy Cenzon-DeCarlo will have a place to turn when they feel their jobs are threatened for their religious convictions, Severino said.

In 2009, Cenzon-DeCarlo, then a nurse at Mount Sinai Hospital in New York City, was forced to assist in a second-trimester abortion under threat of disciplinary action in spite of receiving assurance when she was hired in 2004 that she would never be expected to compromise her devout Catholic faith at work. She sued, but a court rejected her claim. DeCarlo?s complaint with OCR was not addressed until 2013, and the hospital ultimately changed its policies and procedures so employees can no longer be forced to participate in abortions over personal objections.

“This new division will ensure that we do not repeat the mistakes of the past,” Severino said.

The change comes in part out of Trump’s executive order from May 2017 on better protecting religious freedoms, and it was announced as participants in the 45th annual March for Life pour into Washington for the largest anti-abortion rally in the United States on Jan. 19. The president is expected to tout the new civil rights office in his address to the marchers on Friday.

Democrats and some women’s health organizations criticized the move as opening the door to deny healthcare for women and others.

“This would be yet another attempt to let ideology dictate who is able to get the care they need,” Sen. Patty Murray, ranking member of the Senate Health Committee and vocal opponent to Trump administration attempts to block women’s access to health care and birth control, said in a statement. “Any approach that would deny or delay health care to someone and jeopardize their well-being for ideological reasons is unacceptable.”