A rogue bagel just caused an airport evacuation, and now we’ve seen everything 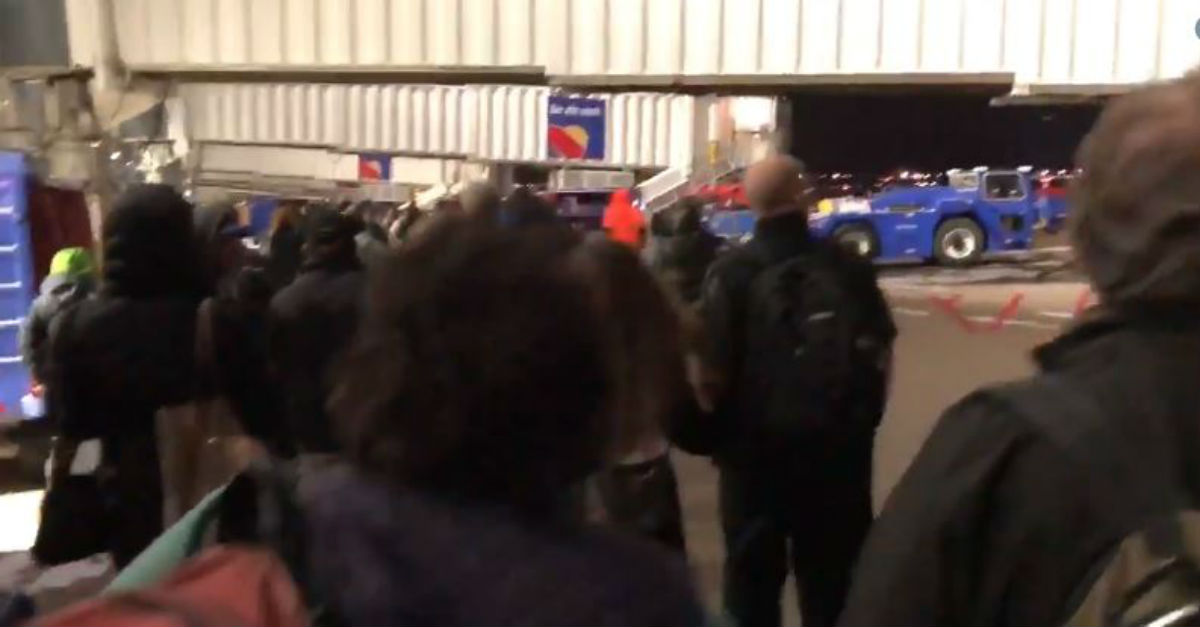 Travelers at a Missouri airport were forced to evacuated into the frigid December air on Tuesday when a restaurant employee burnt a bagel, setting off smoke detectors and turning an entire terminal upside down.

The bagel went rogue just after 6:00 p.m., and a full-scale evacuation followed. The smoke alarms were shut off within five minutes, and people were outside for less than 10 minutes, according to KMOV. One visitor, news anchor Jason Long, caught a video of the spectacle and said that after the evacuation, visitors had to go through the security checkpoints a second time.

We’re all outside in the freezing cold walking under the jetbridges. No idea where we are going or why. Hundreds of passengers pic.twitter.com/992pFplHXm

And Long was just as stunned as his fellow travelers when he discovered the crusty culprit.

Okay. Stand down. Apparently it was a burnt bagel that caused the Lambert evacuation. A BAGEL.

The airport tweeted out an explanation soon after the terminal was emptied, and no flights were delayed by the bagel — though it remains unclear where the smoking bagel was located.

Temporary partial evacuation in T2 out of an abundance of caution after alarm detected smoke near a restaurant. ARFF responded. Evacuation lasted about 5 mins. Normal Operations have resumed #safetyfirst

While a single terminal being evacuated doesn’t really seem like much of a setback, there are only two terminals in the St. Louis airport, according to their website, so as much as half of the airport may have been evacuated.

RELATED: 4 teens allegedly tossed a sandbag onto a highway as a prank ? they aren?t laughing now

Long also managed to capture a video of the travelers coming back into the airport. In the clip, it doesn’t look like the terminal is that crowded, which is definitely unexpected for the day after Christmas.

So they took us all outside and back up to the front terminal entrance. now hundreds of passengers have to go through security check points AGAIN. pic.twitter.com/q5Bhzj4KQd

The hiccup in travelers’ journeys pales in comparison to the experience of fliers at the Atlanta airport a few weeks ago. At the huge complex in Georgia, thousands of visitors were stuck for hours — some still on the planes — when the power went down, causing massive chaos and a transit nightmare.