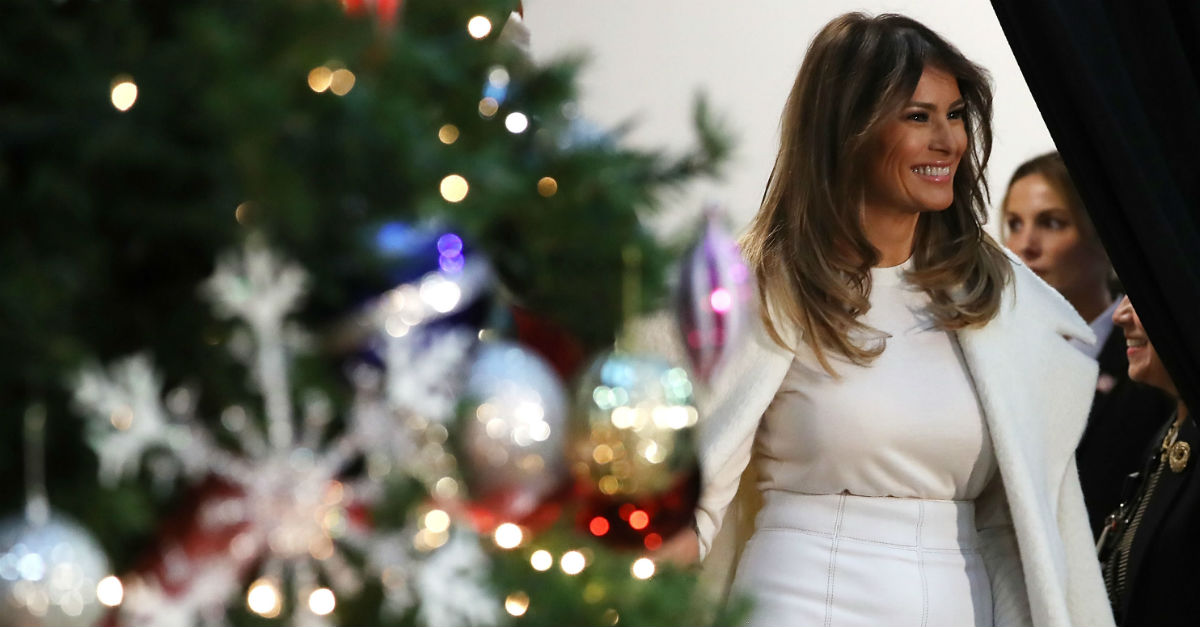 Critics wouldn’t even let First Lady Melania Trump get into the holiday spirit on social media.

On Christmas Day, Trump took a selfie complete with a holiday-themed filter and posted it on Twitter.

According to AOL, critics swooped in on the first lady’s tweet, taking issue with various aspects of the picture.

“Disgraceful for a First Lady, Christmas or not. You look like a model on a photo shoot for the front page of Hustler,” wrote one Twitter user. “I’m sure the elderly and poor will appreciate this photo given how you and hubby don’t care about them, only your millionaire friends at Mar-a-Largo.”

Disgraceful for a First Lady, Christmas or not. You look like a model on a photo shoot for the front page of Hustler. I'm sure the elderly and poor will appreciate this photo given how you and hubby don't care about them, only your millionaire friends at Mar-a-Largo.

Another said the picture was “tacky and an insult to the position of First Lady.”

Incredibly tacky and an insult to the position of First Lady. #embarrassing #trumpban

Since becoming the first lady, those disapproving of Trump’s family or her husband’s administration have chosen to attack her for any reason possible.

Several on the internet mocked her in August for wearing heels to board Marine One on an August trip to visit Hurricane Harvey survivors in Texas. They returned to mock her footwear again in September on another trip to Texas.

But as awful as the internet has treated the first lady, nothing quite compares to the vitriol wielded her direction by the president’s first wife, Ivana Trump.

The former Trump wife declared herself the real “first lady” and the “first Trump lady” several times over the past few months. She was speaking of a previous life when she was married to President Donald Trump from 1977 to 1992. The pair then divorced following his affair with his eventual second wife, Marla Maples. Both he and Maples, who parented Tiffany Trump, were married in 1993.

Though she still harbors a grudge against Maples, Ivana insisted that despite the separation, she and the president remain good friends.

The first lady brushed off the assertion and released the following statement via a spokesperson: