According to relatives, two young children may have been stuck inside an apartment for days with the dead bodies of their mother, grandmother and mother’s boyfriend after a dark murder-suicide took place in the home.

RELATED: A suicide attempt left him horribly disfigured, but face transplant surgery gave him a new lease on life you have to see

“They witnessed murder,” the family’s pastor, Rev. Sharon Broaddus from St. Paul’s Baptist Church in Richmond, told WTVR. “Their bodies have been in there two days, and it has to have an effect on the children.”

Police say that Walter Gaines, III, 23, shot and killed 24-year-old Shaquenda Walker and her mother Deborah Walker, 55, before killing himself. Their bodies were found early Thursday morning, and authorities believe they may have been there for up to 48 hours, along with Walker’s two children, who were found unharmed in the apartment.

Because the medical examiner still needs to determine an estimated time of death, police are unsure about the exact amount of time the two children, both younger than 5 years old, were inside the home after the incident. As of Friday morning, autopsy reports were still pending.

“It’s a tough day,” Mayor Levar Stoney, who visited the crime scene and called it a “senseless act,” told the Richmond Times-Dispatch.

Relatives of the victims also say that no one at the apartment complex called 911 after hearing the gunshots.

“The neighbors or somebody had to hear something, and they did not report it; they didn’t cry,” Broaddus said. “It says that we have become cold, indifferent, and it’s like another day. It’s like murder is the norm, when it shouldn’t be.”

Chief Durham at scene of East End murder-suicide: 'This has to stop' https://t.co/BJJdE1cXw1

RELATED: A mother has a heartbreaking message for her daughter who she believes was abducted in January for sex trafficking 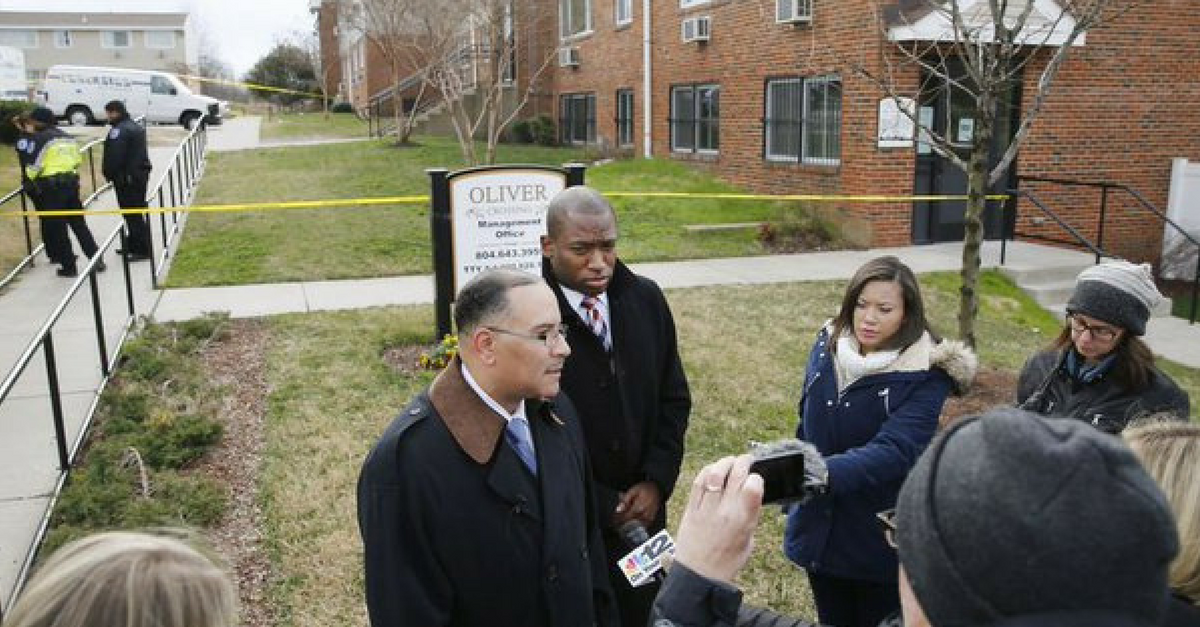