After a Mustang driver got stuck on train tracks, four people saved a life 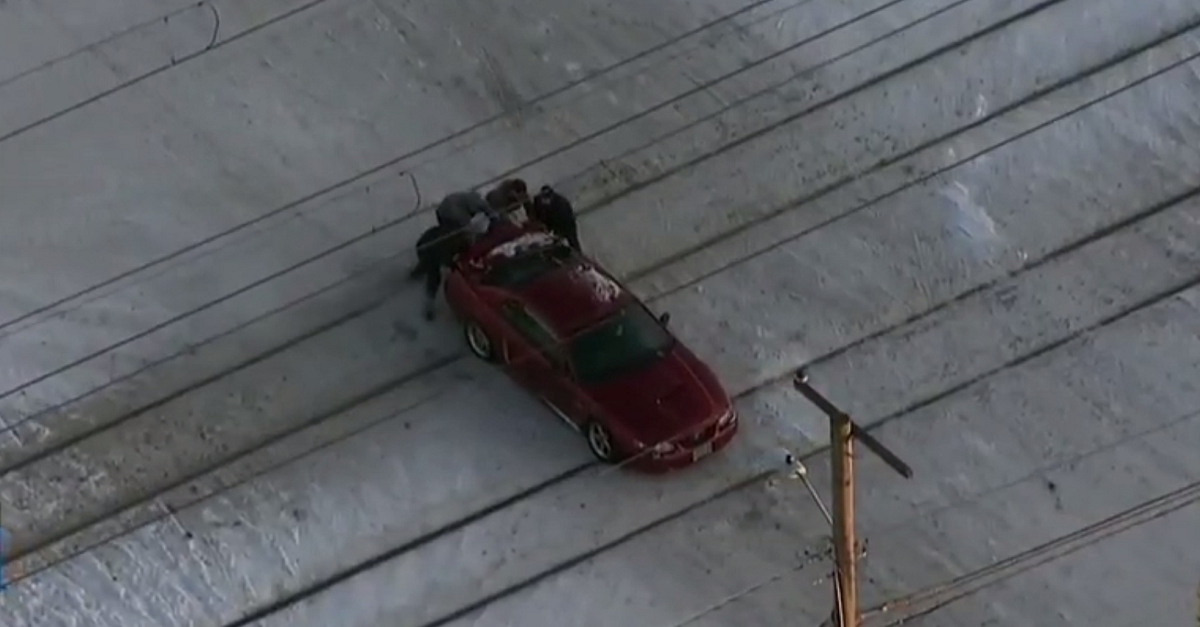 A Portland, Ore., driver is counting their blessings today after strangers saved their stuck car from an oncoming light rail train ? and a KATU2 News helicopter was there for the rescue.

The vehicle, a rear-wheel drive Ford Mustang, was one of numerous cars to have trouble with the MAX light rail tracks near NE 99th Avenue and East Burnside Street. Recent snow and the design of the railroad intersection were causing some vehicles to get stuck in ruts where the rails were.

The Mustang stopped on the tracks for a red light (don’t do this!), and its wheels settled into the snow. Once the light turned green, it could only spin its wheels.

A train was minutes away.

Witness (and rescuer) Andrew Rasmussen, a physical therapy student at Clarkson College, was at work that day at a physical therapy office nearby. He talked to KATU-2 News about jumping into action once he saw the situation unfolding.

“We saw a red mustang coming down the road. It was fishtailing a little bit. It got to that stop light up there. It went to go across those MAX tracks and got stuck,” he says.

In total, four people ran to the stuck car to rock it free of the railroad tracks just seconds before the train came.

“Rear wheel drive, real low sports car, probably not the best to be on these kind of roads,” said Rasmussen.