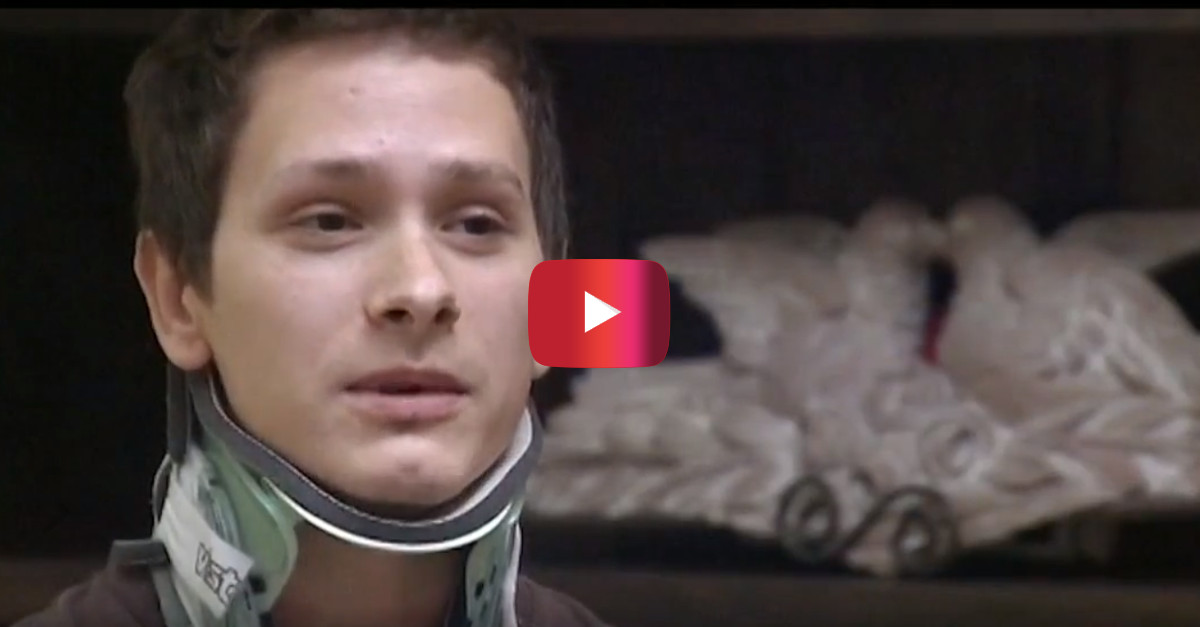 Most people believe e-cigarettes are safer than regular cigarettes. Not this Atlanta man.

James Lauria was severely injured after an e-cigarette blew up in his face while he was out on a break at work, FOX 5 Atlanta reports.

“It’s just a normal day,” claimed Lauria. “I’m at work and things quieted down and I stepped away for a second like I always do. Next thing I know it exploded and I was on my way to a hospital in an ambulance and that is the last thing I remember.”

The explosion damaged several teeth, burned his hands and fingers and blew a dime-sized hole in the roof of his mouth. Lauria’s injuries were so severe he was flown to a burn unit in Alabama. There are pictures of him in the hospital, under sedation with a breathing tube.

“It hurt to see him with a tube and all,” mother Beth said. “He was restrained but they sedated him. Just to see him go through it was tough.”

The family now wants to get his story out. It’s not known what kind of e-cigarette Lauria was using. The device is currently in the custody of fire officials. While we couldn’t find any studies on the safety of the electronics in such devices, we were able to find stories of shock injuries linked to e-cigarettes, including a BBC report of one British man who was killed when the explosion ignited oxygen equipment in his home.