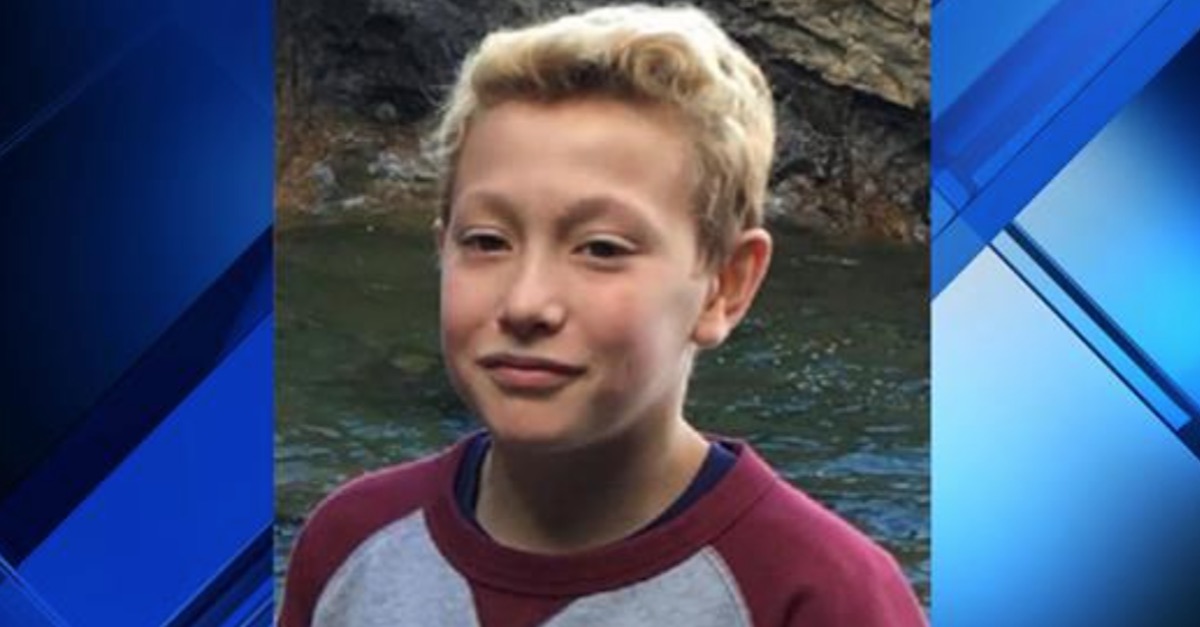 Criminal charges have been brought against a juvenile in Michigan after 11-year-old Tysen Benz killed himself in response to a “horrific” social media prank.

Michigan authorities have confirmed that an unidentified minor has been charged with malicious use of telecommunication services and using a computer to commit a crime after Benz was found unresponsive in mid-March and later passed away once removed from life support. Police have declined to give details or the identity of the child, but have said that Benz was “engaged in communication with another juvenile via social media prior to the incident.”

Benz’s mother, Katrina Goss, claims that the child in question is a girl whom her son know and who allegedly faked her own suicide on social media as a prank. According to Goss, the girl was her son’s girlfriend, and she used her friend’s social media accounts to perpetuate the rumor of her suicide.

RELATED: An 11-year-old boy who tried to kill himself after a ?horrific? social media prank has sadly passed away

An hour into the prank, Benz hanged himself. His mother found him unresponsive on March 14. He was kept alive with help from life support for weeks but passed away on Tuesday.

“We had to let him pass on,? Goss said. “He was severely brain-damaged, and the doctors told us he would never recuperate, that it wasn?t even really him anymore. I was at his bedside for three weeks. We are utterly devastated, and we will never get over it.”

The mourning mother also claimed that her son contacted the girl’s friends to let them know that he was considering suicide, but she kept the prank going and did nothing to let Goss or police know of Benz’s plan.

“I truly don?t know what the point of this prank was,” she said. “I don?t even know how that?s supposed to be funny, especially if she cared about him at all. I am not sure how that could be a joke. She must have severe psychological issues to go forward with something like that and to keep the joke going even after he told her he was going to kill himself.”

A person connected to the girl’s family, however, has refuted that claim, saying she “never falsified a suicide” and that “it is ignorant to accuse this girl of something.”

RELATED: Watch a man prevent his suicidal wife from leaping to her death by grabbing her ponytail