Every year now, teens across the country try to outdo each other around prom season with elaborate “promposals,” short for “prom proposals.” This one comes about six weeks early — and it gives a new meaning to “the chase.”

RELATED: Girls are dying to have his hands all over them on prom night

To ask girlfriend Claire Short to prom, Joran Fuller laced up his shoes and left on a 5.5 mile run around his hometown of Findlay, Ohio. (This was no easy run, either. Weather Underground says Findlay has averaged about 30 degrees this week!) He posted the results on the social running app Strava. Then, he went to her with flowers and asked her to pull up the app on her phone.

But did your prom date run 5.5 miles to ask you pic.twitter.com/1cp2R2IvTp

She said yes, and Claire’s tweet about the promposal quickly went viral. Both of them are surprised at that part — Joran says he got the idea from similar posts on Strava. He told ABC News: “I’d seen on Strava some different Strava art things where in big cities cyclists would map out these big elaborate designs […] I’d never seen somebody do words.”

Not to mention that throughout the wintry run, Joran maintained 7:14 per mile, too. He’s a runner and a keeper. 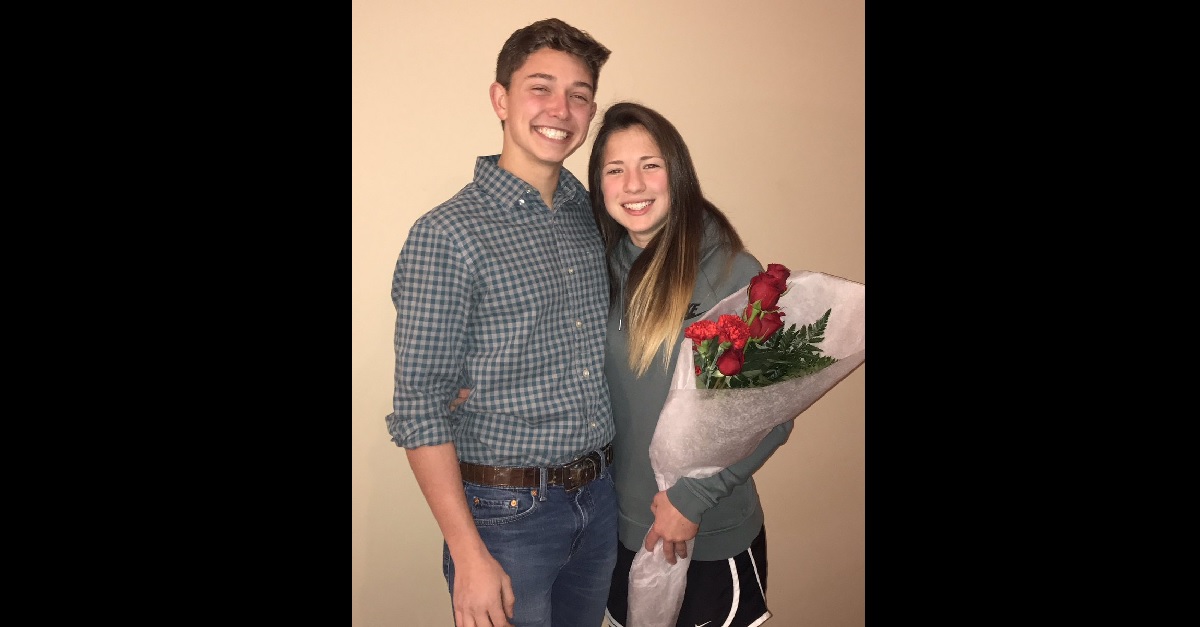