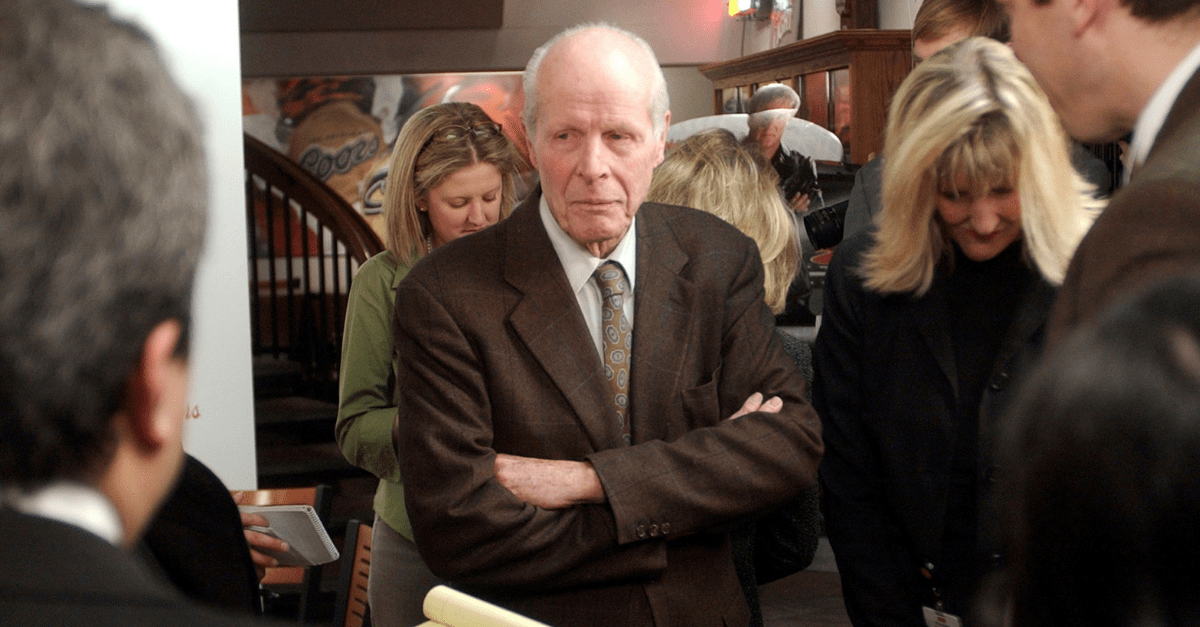 William “Bill” Coors, the former chairman of the Adolph Coors Company — most famous for its light beer, Coors Light — has passed away at the age of 102. The beer industry titan was born in Golden, Colorado on August 11, 1916, is the grandson of Coors founder Adolph Coors.

Bill Coors earned a bachelor’s degree from Princeton University in 1938 and then a masters in chemical engineering from Princeton in 1939. From there he immediately began working for the family business. By 1959 he was named the chairman of the company — a position he held until he retired in 2000. He was also an official beer taste tester for the company, a position he held until his 100th birthday.

Under the leadership of Bill Coors, the company grew from a regional brewery to an industry leader in the United States. To date, Molson Coors owns the second largest share of the beer market in the United States, behind only Anheuser-Busch. Bill Coors was also responsible for pioneering the use recyclable two-piece aluminum can, which is now standard in the American brewing industry.

This is sad news for lovers of $2 beer pitcher specials, drunken Denver Broncos fans, frat guys, and those who know that the best way to wash down an unnecessarily large plate of wings guaranteed to cause a bathroom disaster is with a thousand ounces of light beer. For Americans.

To honor the late, great Bill Coors, head to your nearest gas station, hand them ten-ish dollars, and grab a 12-pack of aluminum can Coors Lights. Then walk directly into the parking lot, open that 12-pack and shotgun all twelve of those beers in a 12 shotgun salute the American brewing legend. Then puke. Then recycle the cans.

Goodnight, sweet beer prince. We shall all drink a thousand beers, each, in your honor.