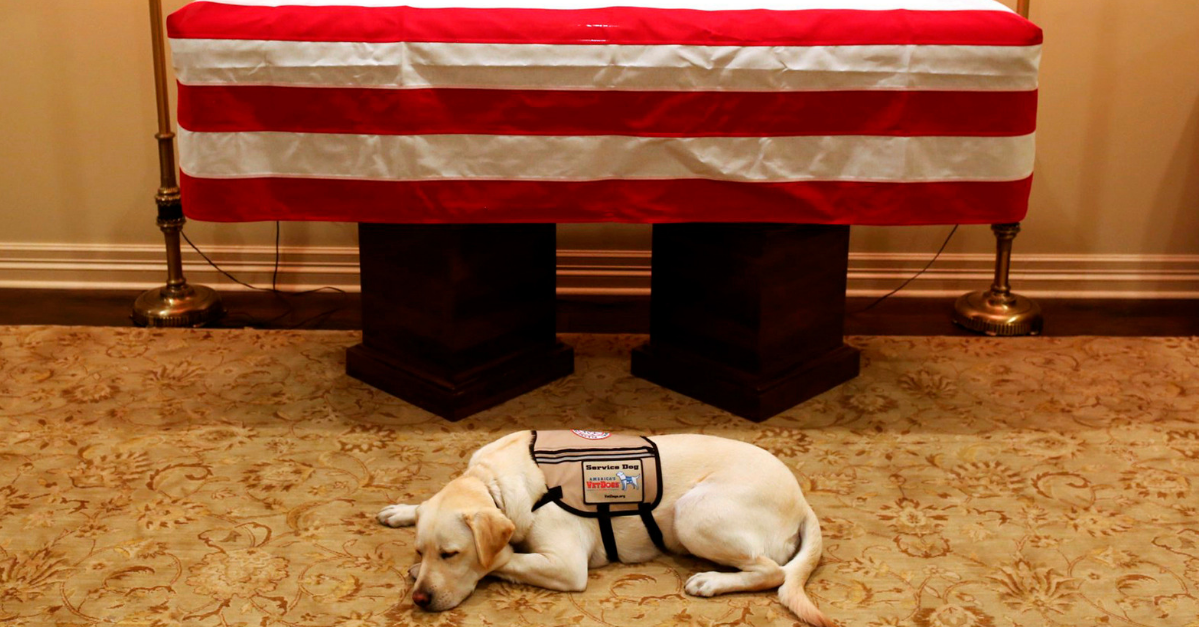 HOUSTON (AP) ? Former President George H.W. Bush‘s service dog has honored his master with his own tribute in front of the late leader’s flag-draped casket.

The 41st president died Friday at his home in Houston at 94. He will be honored during several public and private events in Houston and Washington before his burial Thursday in Texas.

Bush received Sully in June from America’s VetDogs nonprofit organization. The president had a form of Parkinson’s disease, and Sully could open doors, pick up items and summon help.