Floor Collapses, Students Plummet to Basement During Party Near Clemson U 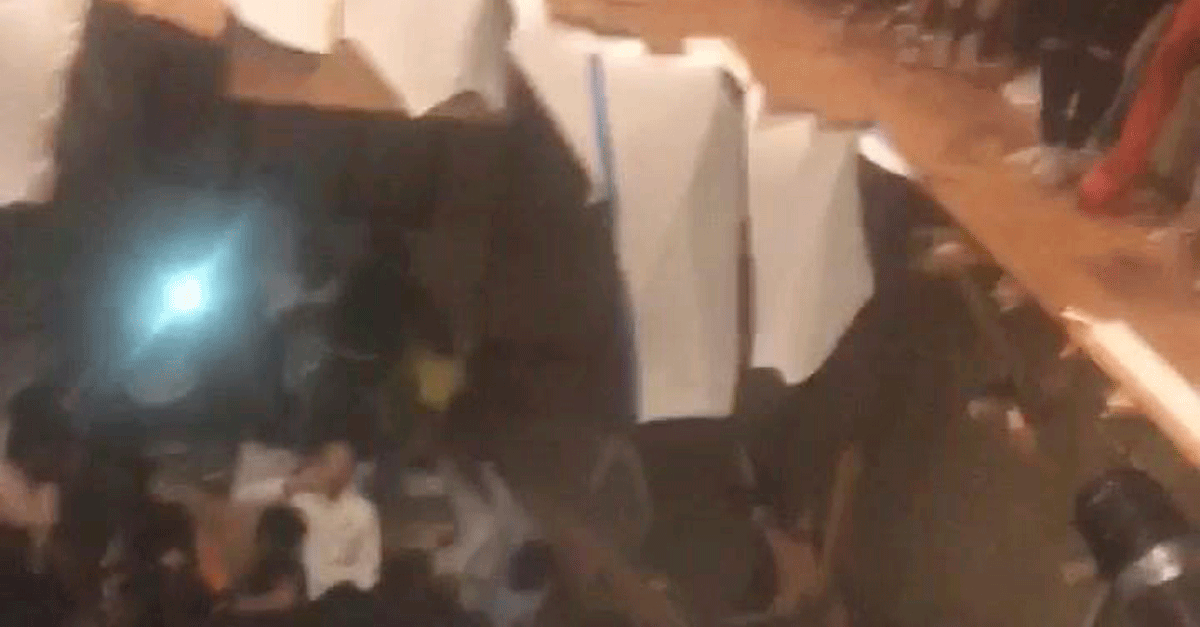 ATLANTA (AP) — The floor of a clubhouse near Clemson University where a large party was taking place collapsed early Sunday, hurtling dozens of people into the basement, authorities said. About 30 people were taken to local hospitals after the center portion of the floor at the clubhouse in South Carolina caved in during a private party. Clemson City Police said no one was trapped and none of the injuries appeared to be life-threatening.

Video posted on social media shows a large portion of a floor on the first level of the building caving in as people were dancing, causing dozens to fall through to the floor below. Clemson sophomore Larissa Stone told the Independent Mail of Anderson that the room was “packed” and a popular song began playing at the moment of collapse.

“So everyone was jumping. The beat was about to drop and literally the whole floor collapsed,” she said. “It happened so quickly. I stood up, and everyone was trying to climb out. People are under other people. People are hurt. People are bleeding. I had blood on my sneakers. It was really bad.”

Partygoers screamed, and those who didn’t fall stood on portions of the first floor that remained and gazed below in shock. Some people standing on the sidelines pulled out their cellphones to record the floor collapse. A witness who attended the party said people were jumping and then suddenly he heard “a boom.”

“All you seen was falling, everybody’s hands up in the air,” Franzie Pendergrass told WYFF News 4. Leroy Pearson said he went to try to help injured people and saw what he thought looked like broken ankles and legs. “It was crazy,” Pearson said.

Police said the event was a private party by a group that had leased the clubhouse at the Woodlands Apartments, about three miles from Clemson. The apartment complex’s answering service said no officials would be available for comment before Monday. According to police said a call was received about 12:30 a.m. Sunday about the collapse of the floor at The Woodlands Apartments clubhouse. Ambulances were quickly called to the scene.