On Friday morning, the Associated Press published a lengthy report detailing a memo that indicated the White House would mobilize the National Guard to round up 100,000 undocumented immigrants.

“The 11-page document calls for the unprecedented militarization of immigration enforcement as far north as Portland, Oregon, and as far east as New Orleans, Louisiana,” the AP reported.

According to the report, the AP made great lengths to get comment from the White House and the Department of Homeland Security about the memo, and only heard from them after the report was published.

“100 percent not sure” and “irresponsible,” Spicer said of the report.

The Department of Homeland Security admitted that the memo the AP received was real, but that it was never really considered as a serious option.

A DHS official says memo was "a very early, pre decisional draft… and was never seriously considered by the Department"

Given the peculiar timing of the AP’s report and its reputation as a non-partisan news organization, people quickly began to wonder whether this was all an elaborate ruse from the Trump administration.

On Thursday, President Donald Trump gave a long press conference in which he was openly combative with reporters, despite saying that he was having a good time.

“Not answering the AP but then responding to the AP report by saying it’s wrong seems like a good way to perpetuate a fake news narrative,” New York Magazine’s Olivia Nuzzi wrote.

Not answering the AP but then responding to the AP report by saying it's wrong seems like a good way to perpetuate a fake news narrative.

Benjy Sarlin of NBC News added that it was strange the White House would wait until after a report was published to deny it.

“AP says they requested comment from both WH and DHS on their story, why did they wait to deny after it drops?” he wrote on Twitter.

Sarlin continued that people shouldn’t fall into the “fake news trap” that the administration may have set.

“Also these things both easily can be true: AP reported accurately on a draft memo, WH now ruling it out. Don’t fall into “fake news” trap,” he wrote. 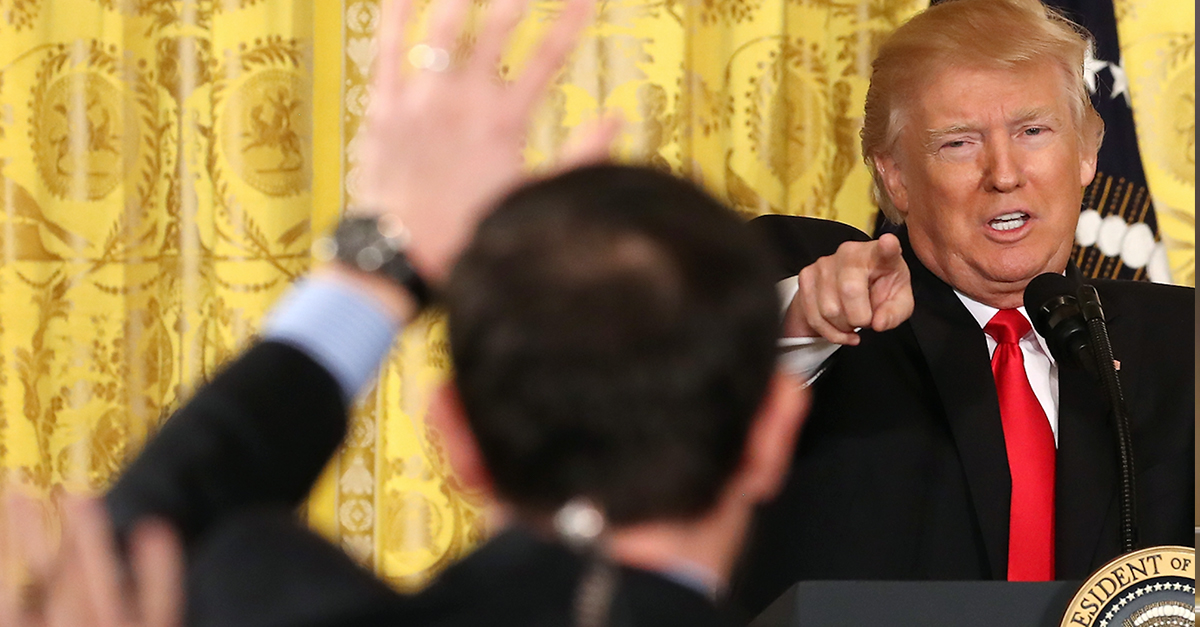