During a Monday morning appearance on “TODAY,” Kellyanne Conway went back and forth with host Matt Lauer over the recent resignation from former National Security Adviser Michael Flynn.

Less than 24 hours earlier, Conway appeared on MSNBC, where she said Flynn had the full confidence of the president. As Monday unfolded, reports leaked to the press that the White House was aware of wrongdoing on Flynn’s part regarding information shared with the Ambassador of Russia. Flynn resigned late Monday night.

“Misleading the vice president was really the key here,” Conway said of the reason behind Flynn’s resignation. Flynn reportedly lied to Vice President Mike Pence about the contents of his phone call with the Russian ambassador.

“The situation had been unsustainable,” Conway continued.

A baffled Lauer asked Conway about reports that the Department of Justice informed the administration several weeks ago that not only had Flynn lied to him, but he was vulnerable to blackmail by the Russian government.

Conway deflected. “Well, that’s one characterization,” she said. “But the fact is, General Flynn continued in that position.”

“Kellyanne, that makes no sense!” Lauer responded. “Last month, the Justice Department warned the White House that General Flynn misled them, and that as a result he was vulnerable to blackmail, and at that moment he still had the complete trust of the president?”

When asked directly about the DOJ claims, Conway moved on.

“[President Trump has] accepted General Flynn’s resignation, and he wishes him well, and we’re moving on,” she said. 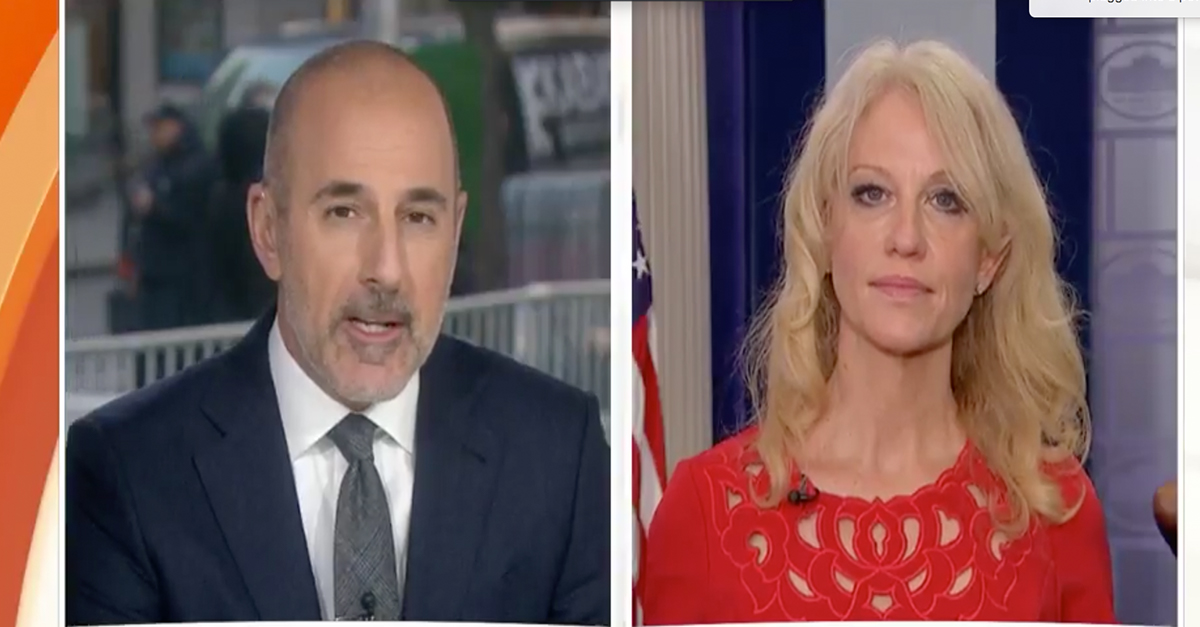