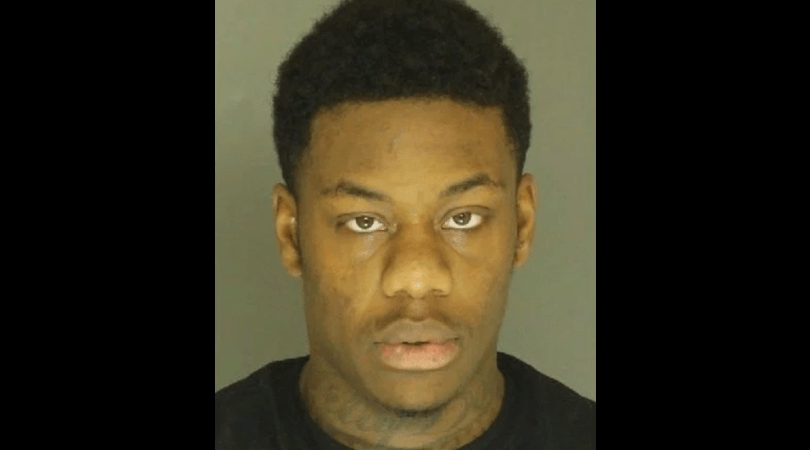 Anthony “Doo Doo Butt” Ward, one of the legendary criminals of our time, was finally taken down by the coppers. Like those before him — Lester “Baby Face Nelson” Gillis, Charles “Pretty Boy” Floyd, George “Machine Gun Kelly” Barnes, Steve “Hand Job Getter” Jones — Doo Doo Butt could only escape the law for so long.

The Baltimore Police Department, the Southwestern Regional Police Department in York County, Pennsylvania, and the U.S. Marshals joined forces (hell, probably had no choice but to join forces, this is Doo Doo Butt we’re talking about here) to take down the criminal folk hero.

What was Doo Doo Butt’s crime? Shooting a man. A Baltimore police investigation showed that the shooting came after an accident on the 400 block of Yale Avenue. A man riding a dirt bike hit the victim’s vehicle, causing damage. Detectives investigated and determined that Doo Doo Butt was the shooting suspect.

More importantly, though, how did Doo Doo Butt get his name? For taking a hot steamer on “The Man” and his “laws” probably. You see, Doo Doo Butt poops on social constructs like “murder” and “attempted murder.” Doo Doo Butt lives in the real world, where each man is on his own.

The law might be able to cage Doo Doo Butt the person, but the legend of Doo Doo Butt — the 21st Century’s most legendary gangster — will live on in the hearts and minds of rebels, outlaws, and freethinkers alike. Together our voices will rise up in unison and, like the gladiators and slaves who fought with Spartacus, we will all face down our common enemy and say, “I am Doo Doo Butt.”

We are Doo Doo Butt.

Watch: 5 eye-opening facts about incarceration in the United States