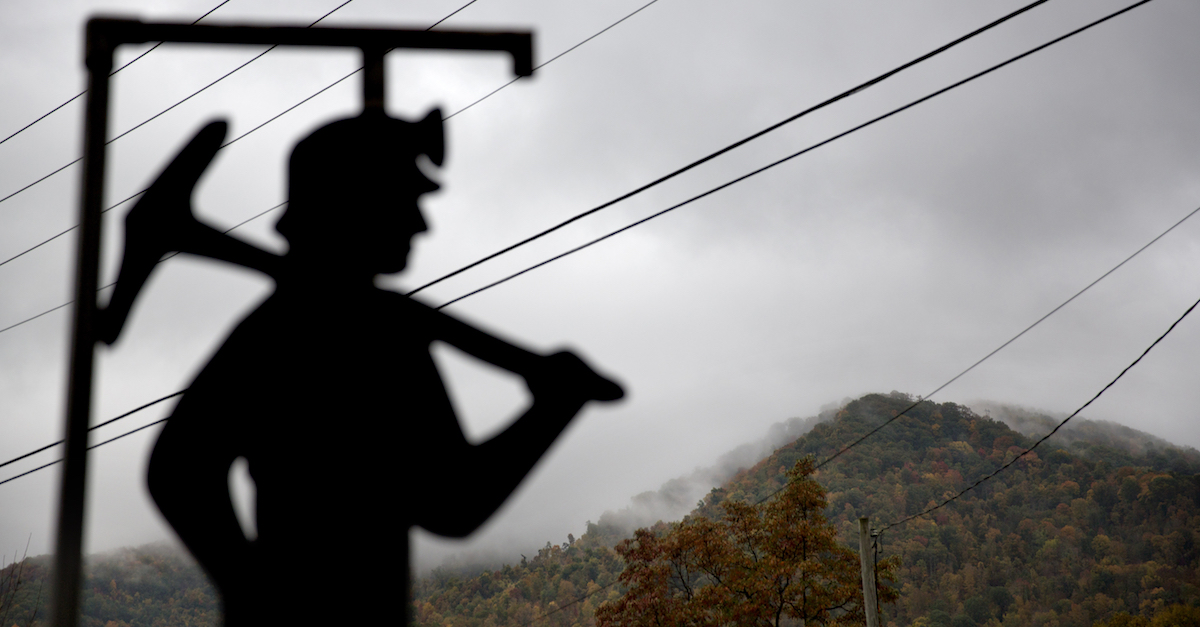 AP File Photo/David Goldman
FILE - In this Oct. 16, 2014 file photo, fog hovers over a mountaintop as a cutout depicting a coal miner stands at a memorial to local miners killed on the job in Cumberland, Ky. Kentucky coal miners bled and died to unionize. The union era's death knell sounded in Kentucky on Dec. 31, 2014, when Patriot Coal announced the closing of its Highland Mine. (AP Photo/David Goldman, File)

Keeping campaign promises to the U.S. coal industry, the Trump administration?s Environmental Protection Agency is rolling back Obama-era rules that would have used increasingly harsh emission standards to push states away from coal-fired power plants.

The Clean Power Plan will not go into full effect, and ?the war against coal is over,? EPA Administrator Scott Pruitt announced on a visit to Hazard, the heart of Kentucky?s coal country.

The policy would have directed power plants to reduce carbon emissions by a third below 2005 levels by 2030, but critics including Pruitt say the plan overstepped the agency?s legal authority in trying to limit greenhouse gases. Never fully implemented, the Clean Power Plan has been tangled up in court battles for more than a year.

“Don?t expect domestic coal for electrical generation to return,” said Patrick J. Michaels, director of the Cato Institute’s Center for the Study of Science “The fact of the matter is that natural gas is rapidly replacing coal in electrical generation.” Power plants that run on natural gas are less complicated, easier to operate, burn cleaner and run on what is now a competitively priced fuel, he explained.

Drilling the massive Marcellus Shale Formation — which stretches through some of traditional coal country under parts of New York, Pennsylvania, Ohio, West Virginia — starting in 2003 and ramping up in 2008, drove down natural gas prices and making it more attractive for energy producers. Even before tougher emissions standards were proposed by the Obama administration, only about 30 percent of the energy generated in the United States came from coal. That is not expected to change with the death of Clean Power Plan, Michaels said.

In the mean time, the coal industry could still get a boost from exporting cleaner burning “compliance coal” to countries with emerging economies like China and India, though traditional coal states of Kentucky and West Virginia wouldn’t see a rebound in local jobs since it is primarily mined in Wyoming’s Powder River Basin.

“Domestic coal is likely to continue to decline,” he said. “Natural gas will continue to displace coal and it will be interesting to see what the policy will be going forward.”