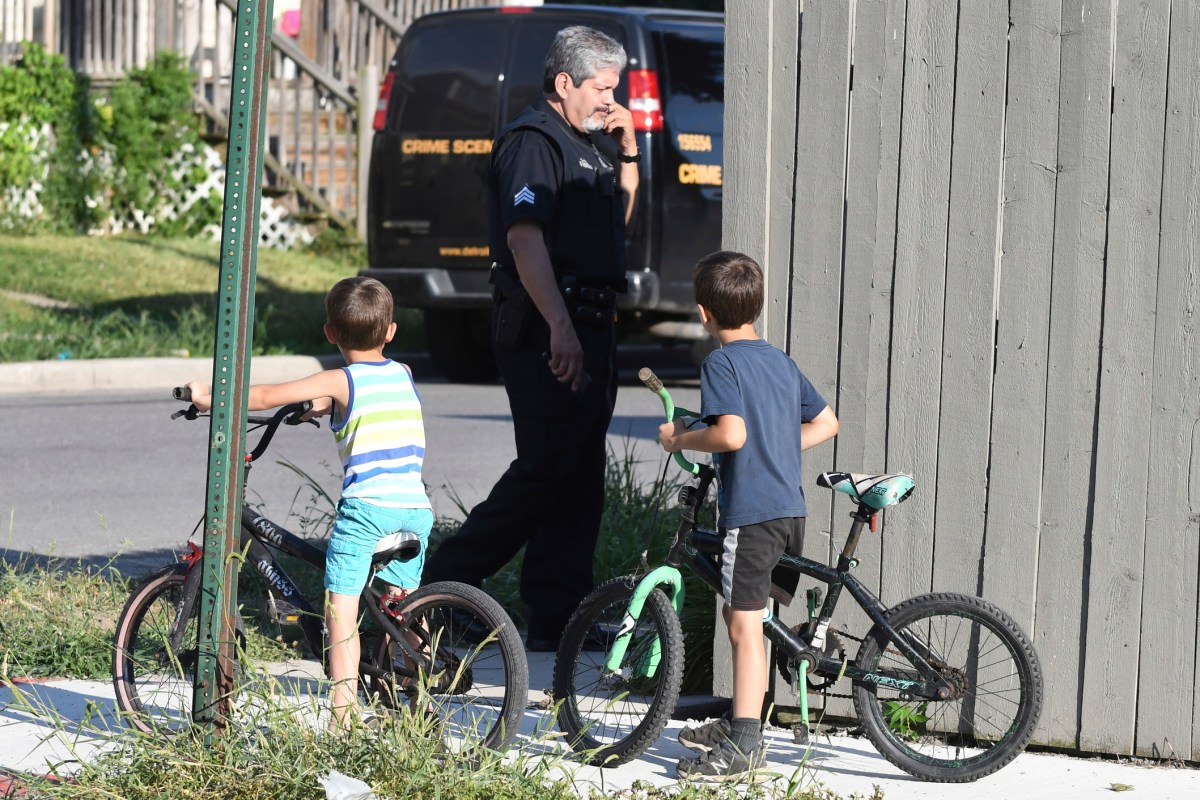 The father of a girl who authorities say was killed by a neighbor’s dogs that got loose in Detroit said he tried to save his 9-year-old but “she was gone when I tried to reach her.”

Emma Hernandez was riding her bike in an alley Monday afternoon when three dogs, described as pit bulls or pit-bull mixes, got free from a yard and attacked her, police said. She died later at a hospital and the dog’s owner has been taken into custody. No charges have been filed.

“I tried my best. I tried CPR. I tried helping her. I did everything I could in my power,” Emma’s father Armando Hernandez told WWJ-AM on Tuesday. “She was gone when I reached her.”

One of the dogs was shot and killed by a bystander while a medical crew tried to save the girl in an alley. The other dogs were captured. Neighbors threw bricks at the dogs to try to stop the attack, police said.

“They were not stopping,” Edward Cruz, who hurled a brick after hearing screams, told The Detroit News. “I had to step in.”

Hernandez said the dogs lived at a house behind his, and he had an argument last week with the neighbor about them. Hernandez says the dogs weren’t properly restrained and the fence was too flimsy.

“I knew the dogs were there. I knew the neighbor,” he said. “We had an argument about it just last week and he just didn’t take care of his dogs properly. He could have prevented this.”

Hernandez said he keeps replaying the tragedy and feels “heartbroken” and “empty.”