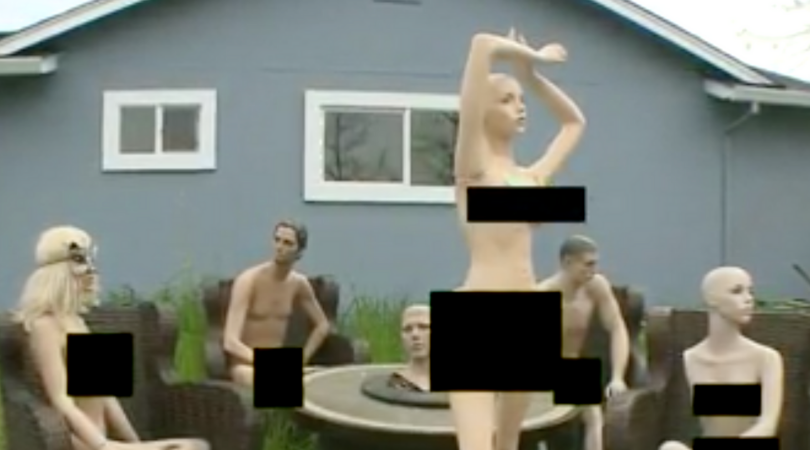 A Santa Rosa man was ordered by the city to lower the six-foot fence in his front yard down to three feet. So he did. But he wasn’t happy about it. So then he did something else. He filled his front yard with a bunch of naked mannequins that only a six-foot fence would shield from the public. It’s unclear how anatomically accurate the mannequins are though it’s unlikely Jason Windus 3D-printed some photorealistic genitalia and nipples to slap on his new garden gnomes.

Either way, a bunch of naked, real-ish looking mannequins are probably going to turn some heads. Maybe cause a few car accidents. And maybe one of those cars will crash into a fire hydrant or knock down a telephone pole and knockout the neighborhood’s power. Then, finally, Windus’s revenge* will be complete.

*Ed. Note: It’s unlikely this is actually the homeowner’s plan.

The city first took note of Windus’s too tall fence when an anonymous neighbor complained that it was blocking sightlines for the adjacent intersection. Windus says he only put the fence up so his dogs could play, but that it was expensive. For what it’s worth, Windus’s neighbors all love the new display. When asked by the San Francisco Bay Area CBS affiliate KPIX the neighborhood agreed pretty unanimously that it was wonderful. Apparently, Windus even put out an empty chair for his nark neighbor to sit in, should the cowards ever ‘fess up and come forward.

Truly a fantastic troll on Windus’s part here. He could’ve gotten weirder or more graphic (the unfortunate route I would’ve taken) but he’d have done so at the risk of alienating the neighborhood. Instead he got just weird enough to get laughs without creeping everyone out. He may have lost the initial battle, but he won the war.