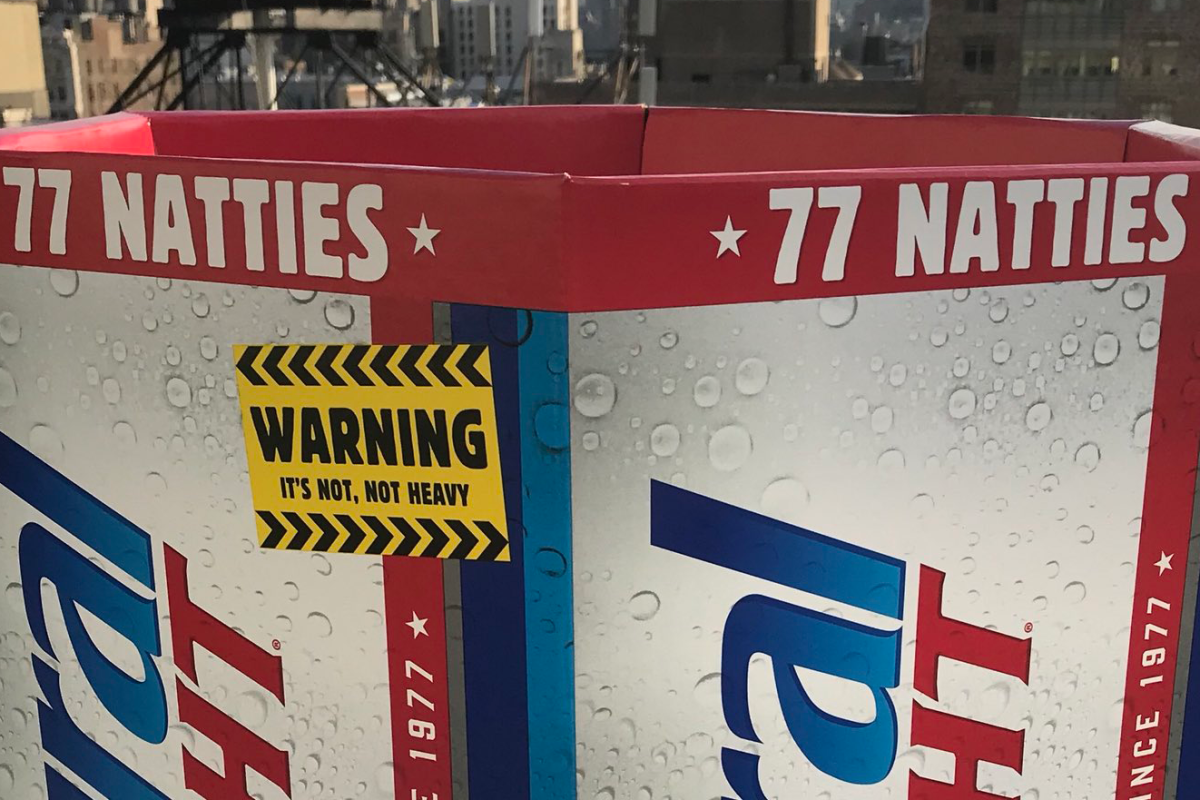 The sixth-best-selling brand of beer in the United States is, unfortunately, only putting these 77-packs in stores in College Park, Maryland, and only for a limited time. The location is at least fitting insomuch as College Park is about as fratty of a college town you could possibly pick. Bushels of Natty Lights are going to sell at the University of Maryland. Natty Light announced their giant new pack on Twitter.

I am at least a little bummed they didn’t do this at my alma mater, the University of Missouri. A-B headquarters is right down the road in St. Louis, and my God did we put away Natty Lights. The beer pong tables alone would probably use up over a hundred cans, to say nothing of the random, wandering alcoholics at the party.

It’s unclear if this is just a stunt or if these new 77-packs will become a thing at Liquor Megastores and gas stations across the nation. They should, really. People have far more need for a 77-pack of Natty Light than they do for a 6-pack. No one drinks this stuff in sixes. It’s done in bulk. This new giant case is representative of how Natty Light is consumed.

Hopefully Maryland students take advantage of this and have pledges rolling these hexagon-shaped barrels to every frat house and football tailgate on campus. The rest of the Natty Light enthusiasts out there will have to wait and hope that these barrels of bad ideas go nationwide.