South Carolina man Brandon McCullough was enjoying breakfast with his mother at Waffle House when their meal turned into a star-studded event they’ll always remember. As McCCullough and his mom were busy bonding over their meal, Billy Gibbons of the legendary rock band ZZ Top walked through the door.

“I was having a late breakfast with my mom, Connie, at the Waffle House on Liberty Highway on Tuesday, March 7,” he explained in an email. “Billy Gibbons and his bodyguard dropped in for a bite to eat on their way to Hiawassee, Ga, where ZZ Top was playing at the Georgia Mountain Fairgrounds that night.”

RELATED: Mary-Kate Olsen gives a refreshingly honest perspective about married life out of the spotlight

McCullough said that he and the other customers were unsure if the man was truly Gibbons at first, but the rock star eventually made it clear who he was.

“They were driving an unmarked bus, so no one knew who it was at first. There were only 4 customers and 4 Waffle House employees in the restaurant at the time, and everyone doubted it was Billy in the beginning,” McCullough continued. “After their meal, Billy and his bodyguard/driver walked to the bus and gave out several concert t-shirts and autographs. Although It was exciting to know we were sharing a meal with someone famous, I had no idea my Facebook post would go viral. I guess we were just in the right place at the right time!”

You just never know who you’ll run into at Waffle House!

RELATED: Fans of Debbie Reynolds and Carrie Fisher may get to see their girls onscreen one more time 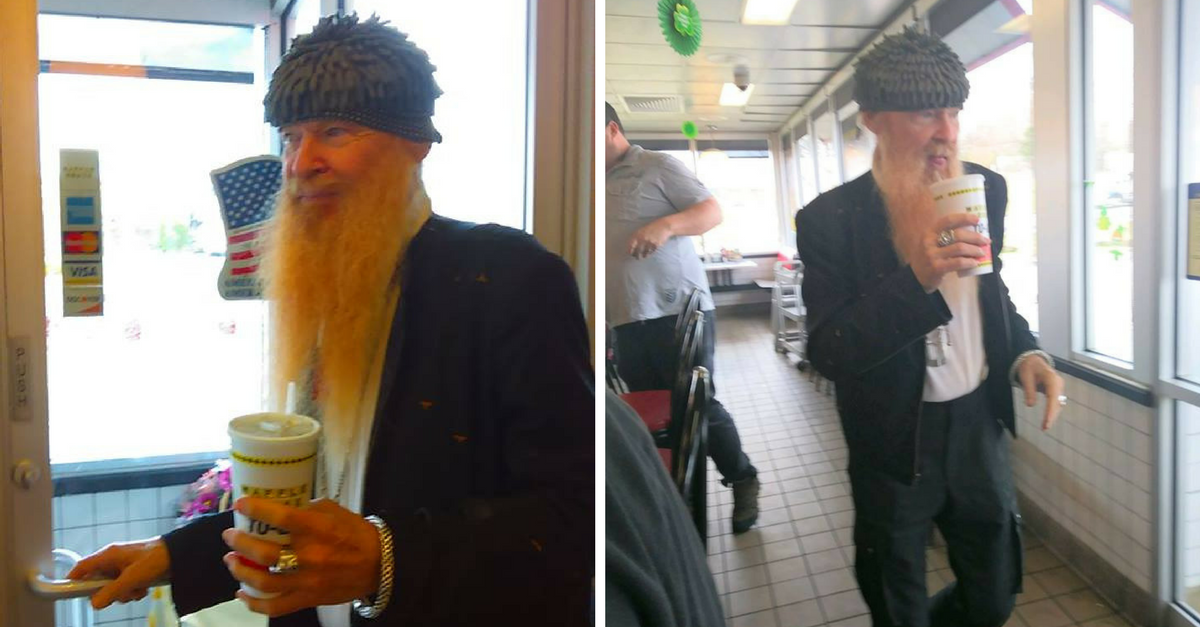