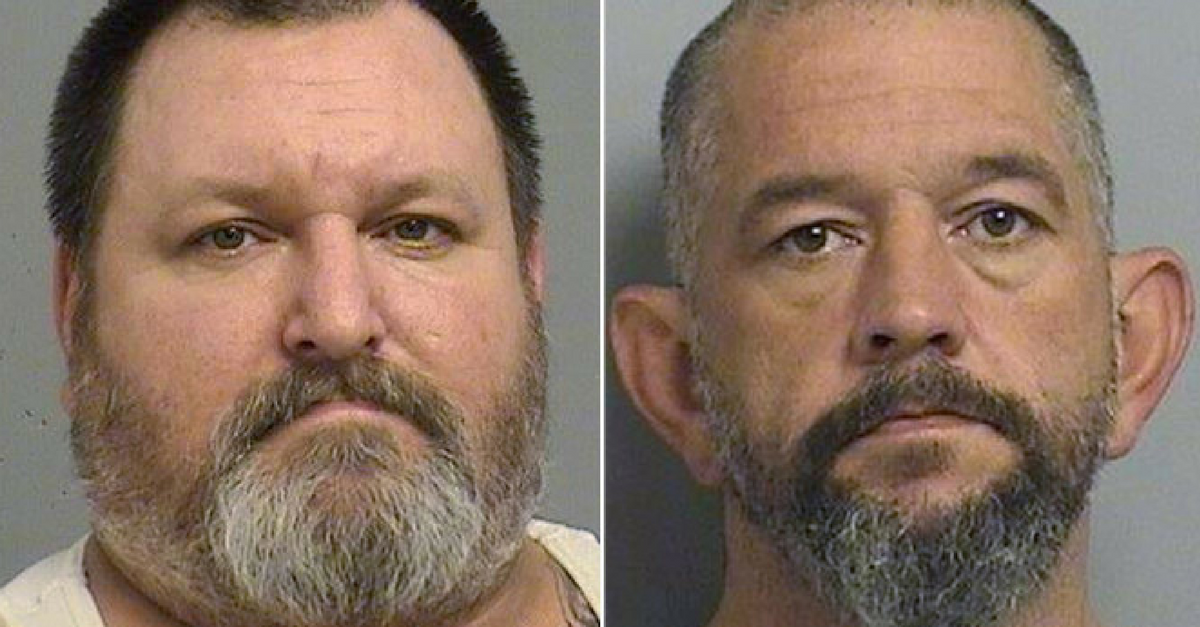 Police say one of two men charged in the beating death of a hogtied Oklahoma man is the father of the victim’s girlfriend.

Forty-six-year-old Dearld Peal and 40-year-old Tracy Price are charged with first-degree murder and kidnapping in the death of 18-year-old Anthony Pietrzak, whose body was found early Thursday about 3 miles (5 kilometers) from his and his girlfriend’s home in north Tulsa.

An anonymous caller told police Tuesday that a man known as Anthony had been beaten to death at his home.

Officer Jeanne MacKenzie says Peal is the father of Pietrzak’s girlfriend and that she told detectives she asked the men to beat up Pietrzak because he had been beating her.

MacKenzie says investigators are looking into whether a third man took part in the attack and that more charges are possible.

RELATED: A mom’s European vacation ended in arrest when she left her children home alone

Police have arrested 46-year-old Dearld Peal and 40-year-old Tracy Price. Both are jailed on murder and kidnapping charges. Jail records don’t list attorneys for the men.

Officer Jeanne MacKenzie says Pietrzak’s girlfriend told police that she asked the two men, and possibly a third, to beat Pietrzak because he had beaten her. The woman’s name has not been released.

MacKenzie said police are still investigating to determine whether a third man was involved. More arrests are possible.

RELATED: These parents put their kids in the most vile of conditions, and now they’re paying the price

Police in Tulsa say a man who was reportedly beaten earlier this week has been found dead and two suspects are in custody.

Walker says police received a tip on Tuesday that a man named Anthony was beaten to death at a home in north Tulsa. Pietrzak’s body was found less than three miles from the home.

Walker says police had arrested 46-year-old Dearld Peal and 40-year-old Tracy Price on kidnapping warrants in the case and the two are now being held on murder warrants.

Jail records do not list an attorney for either suspect.