Around 11:30 p.m. on Sunday night, deputies from the Spartanburg County Sheriff’s Office responded to a domestic violence call in Moore, South Carolina.

Deputies say they found a 63-year-old man, who already required a walker, holding a washcloth to his bleeding mouth and holding a number of bloody veneers in his hand.

RELATED: This crazy dude had a domestic dispute with his girlfriend and turned up the heat big time

They arrested 60-year-old Diane Turner on suspicion of domestic violence. Turner has had two prior convictions for domestic violence in the past decade. She has lived with the victim for about four years, according to police.

The victim told police that he’d argued with Turner earlier, which led to her punching him in the face and knocking out his veneers, then attacking his injured foot with a medical device, according to Fox Carolina. The police incident report says he was “afraid for his life if he stayed with Diane tonight.”

Turner had no visible injuries, but told police the victim hit her as well. She has been charged with domestic violence in the first degree. 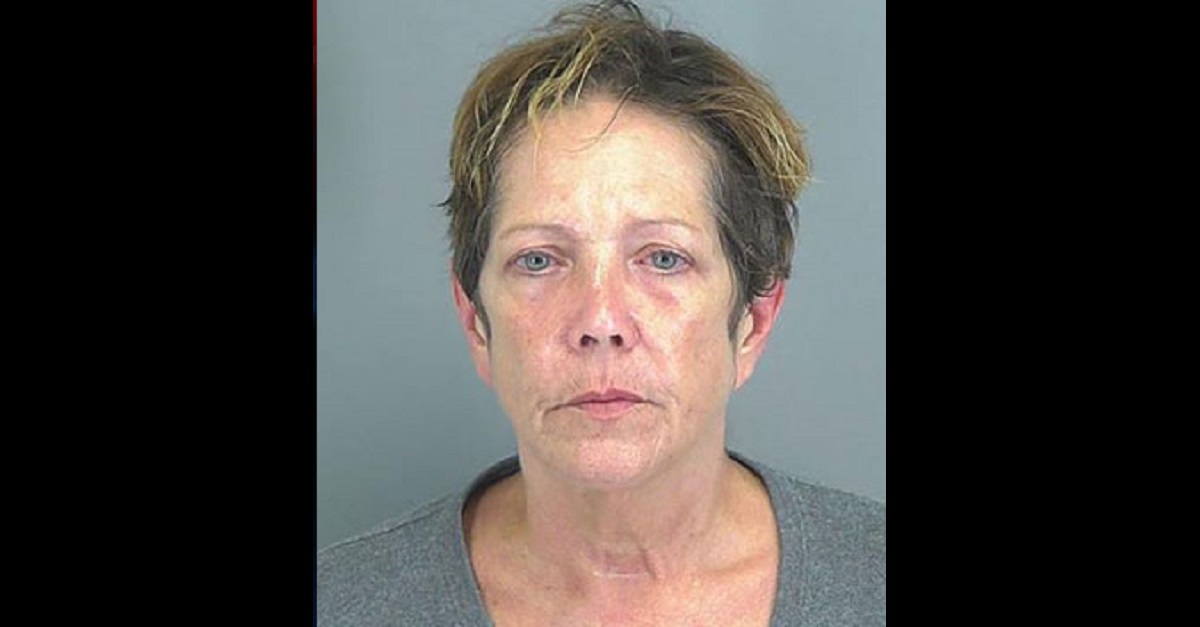