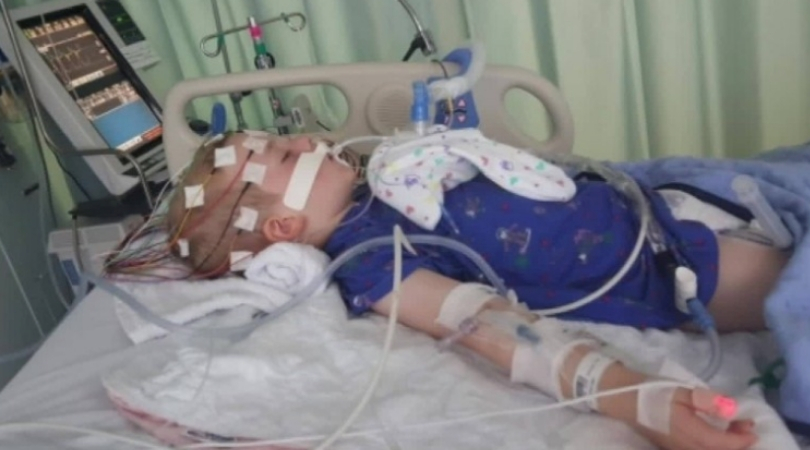 U.S. health officials have stated more children have been diagnosed with a mysterious paralyzing illness, without explanation. This year could surpass the tallies seen in similar outbreaks in 2014 and 2016. Fortunately, experts stated the disease, known as Acute Flaccid Myelitis, remains rare, but there have been 90 confirmed cases spread among 27 states.

The Centers for Disease Control and Prevention stated they do not know what is causing children to lose their ability to move their back, neck, arms, legs, or face. Symptoms tend to occur about a week after the child has contracted a fever and respiratory illness. Health officials want to reassure the public that no one has died from the illness this year, but did say at least half of the patients do not recover from the paralysis and some have serious complications.

West Nile virus and Polio have been ruled out, but it was first suspected that the cause of the illness might have been a kind of enterovirus since most people had cold symptoms. CDC still do not know if this is the case or not. Parents and scientists are in a rage, and have publicly criticized the agency for not solving what they are calling “the riddle”.

120 cases were confirmed in 2014, the first time the wave occurred, later 149 cases were reported in 2016. The illness tends to spike in September each year. As of now, more than 160 cases are still being investigated.

The US Centers for Disease Control And Prevention are investigating 127 patients for Acute Flaccid Myelitis. Of these, 62 children have been confirmed by CDC, and the remainder continues to be investigated by the National Center for Immunization and Respiratory Diseases. The confirmed cases are in 22 states in total.

The disease is rapidly spreading, causing panic among health experts, which is why they are trying to figure out how AFM is transferring from state to state and at a rapid pace. The average age of the patients in all confirmed cases over the past 5 years is 4 years old, yet more than 90 percent of cases overall occur in children 18 and younger. Though AFM has not claimed any lives this year, there was one death related to the disease in 2017.

Most AFM cases occur in the late summer and fall, but health experts do not fully understand the long-term consequences as to why one patient recovers quickly while others continue to weaken. According to CNN, 47 cases have been confirmed since October 2018, and 49 more are suspected or being investigated, making it 96 cases in 30 states. Health experts urge parents to be aware of the illness and seek medical attention as soon as possible if anyone develops sudden weakness or loss of muscle tone in legs or arms.

Health authorities have stated at least five states – Washington, Colorado, Illinois, Pennsylvania, and Minnesota- have reported an unusual spike of cases involving a rare condition that causes limb paralysis and severe muscle weakness in children. Health experts are investing the cause and are trying to confirm new cases of an illness known as Acute Flaccid Myelitis. In those states, the condition coincides with seasonal respiratory illness.

Colorado health experts stated 3 children are suspected to have AFM and are being treated at UPMC Children’s Hospital of Pittsburgh and are currently investigating 14 more cases. In Illinois, there were 9 reports of AFM in children younger than 18, all from Northern Illinois. That state had previously recorded only 4 cases since 2015. In Washington, officials stated they are working to confirm whether 5 children recently hospitalized with sudden paralysis of one or more limbs had AFM. In total, Centers for Disease Control and Prevention have confirmed 38 cases of the polio-like condition across 16 states.

Centers for Disease Control and Prevention have stated six children in Minnesota have been diagnosed with a rare polio-like illness since mid-September, all under the age of 10. Acute flaccid myelitis, also known as AFM, affects the body’s nervous system, targeting the spinal cord, and can result in paralysis. Unlike polio, there is no vaccine for AFM.

Minnesota typically sees less than that one case a year, but the disease usually targets children. AFM can be developed from a viral infection, although its exact cause is unknown. Doctors stress the importance of recognizing symptoms early and seek care as soon as possible. Symptoms include onset leg or arm weakness, loss of muscle tone and reflexes, facial droop, difficulty moving the eyes, drooping eyelids or difficulty swallowing or slurred speech.

Some affected by AFM may also be unable to pass urine, and have difficulty breathing, requiring urgent ventricular support. Since there is no specific treatment as of yet, neurologists can recommend certain interventions on a case-by-case basis, recommending physical or occupational therapy to help with limb weakness.

Health investigators are still trying to figure out how the children contracted the rare disease. For one Minneapolis boy, the toddler began to have trouble moving as he recovered from a cold. Soon after the child developed a fever in July, he started losing mobility in his right arm and had difficulty moving his legs and sitting up.

After several tests, doctors were only able to find a diagnosis after a second MRI, finding abnormality throughout his entire spinal cord. After treatment, the child was able to regain most of his muscle function, expect in his right arm, and is currently in therapy, facing possible surgery. Since 2014, more than 360 cases of AFM have been reported in the United States. Healthcare providers still don’t know the full specifics of the disease and have not found any specific treatment that might be able to avoid the disease overall.

To help lower the risk of getting the rare condition, experts recommend protecting yourself from any bacterial virus by washing your hands often with soap and water, staying up to date with vaccinations to prevent Poliovirus and prevent West Nile Disease by avoiding mosquito bites.

Watch: The Best Natural Sleep Aids: 12 Plants and Foods That Help You Snooze