Menu
Follow us
Search
Menu
Search
FILE-- In a Jan. 25, 2007 file photo President George W. Bush waves as he departs the White House in Washington for a trip to Missouri to speak on healthcare. The eight-year Bush presidency has merited no more than a fleeting reference in the current GOP contest for the presidential nomination, (AP Photo/Ron Edmonds/file)

In the eight years since he left the nation’s highest office, President George W. Bush has maintained a relatively low profile. The Republican has focused on working with veterans and his painting, and rarely makes public statements.

That all changed in recent days, as Bush has embarked on media tour to promote his new book, “Portraits of Courage: A Commander in Chief’s Tribute to America’s Warriors.” After stops on “TODAY” and “Hannity,” Bush spoke to PEOPLE about the current political climate. He categorized the vibe in President Donald Trump’s Washington, D.C. as “pretty ugly.”

Without bringing up anyone’s name, Bush expressed disappointment at how people of different colors and creeds had interacted.

The closest Bush came to critiquing the current president was when he was asked about President Trump’s immigration executive orders.

“Now that you mention it, it might bother me, but we’ll figure out how to bring them over,” he said.

Earlier in the week, Bush mentioned similar issues in an interview with Matt Lauer.

“You have to take the man for his word that he wants to unify the country,” Bush said. “We’ll see if he’s able to do so.” 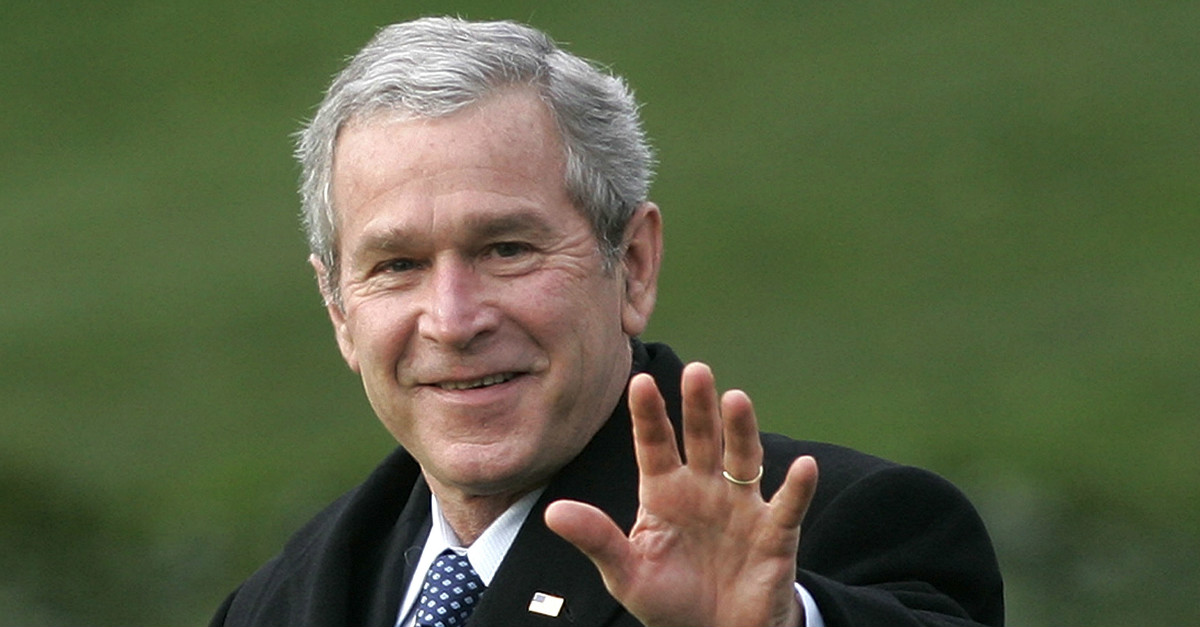