President Donald Trump addresses the nation for the first time 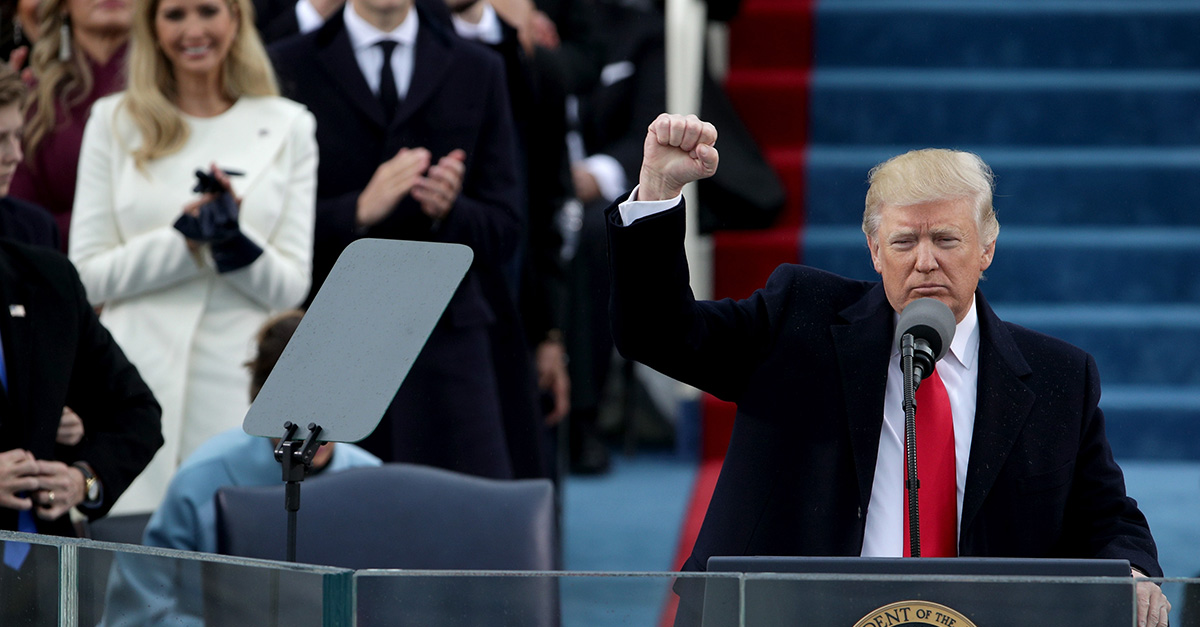 President Donald Trump officially became the 45th man to hold the executive title on Friday. He was sworn in by United States Supreme Court Chief Justice John Roberts with the Lincoln Bible.

“This is something very personal to him,” White House Press Secretary Sean Spicer had previously informed. “He wants to talk about his vision, where he sees this country and where we are right now.”

Following the ceremonial transition of power from former President Barack Obama to Trump, he gave his inaugural address. The speech lasted for about 20 minutes.

RELATED: Donald Trump is officially the 45th President of the United States

Trump thanked the Obamas for their “gracious aid throughout this transition,” calling them “magnificent.” He also thanked the past presidents as well as his fellow Americans.

Trump promised that power would return to the people. He criticized the establishment as it “protected itself, but not the citizens of our country.” There he promised to fight for the impoverished, the unemployed, a better education system, and an America safer from the influence of crime.

“The oath of office I take today is an oath of allegiance to all Americans.”

Trump also channeled his campaign promises while speaking of jobs, the American economy, and national security. He also promised that “From this day forward, it’s going to be only America first, America first.”

He expressed an interest in getting “our people off of welfare and back to work.”

Trump briefly mentioned national security and foreign relations. “We will reinforce old alliances and form new ones and unite the civilized world against radical Islamic terrorism, which we will eradicate from the face of the Earth,” he said.

Though many have criticized his campaign and presence as divisive, Trump spoke of unity, but only through loyalty to the country. “At the bedrock of our politics will be a total allegiance to the United States of America, and through our loyalty to our country, we will rediscover our loyalty to each other. When you open your heart to patriotism, there is no room for prejudice,” he said.

RELATED: A historic moment took place as Mike Pence was sworn in as vice president

CNN reported that Trump wrote his own speech for his inaugural address.

He also tweeted out the following picture on Wednesday to preview his prep work beforehand:

Donald Trump through the years