House Majority Whip Rep. Steve Scalise (R, LA-01) is out of surgery and resting after being readmitted to the Intensive Care Unit at the Medstar Washington Hospital Center today.

The following statement was posted to his Twitter account, noting that Scalise “tolerated the treatment well,” though he remains in “serious condition.”

Update from @MedStarWHC on the condition of Majority Whip Steve Scalise: pic.twitter.com/kWO3jERd4H

He was admitted early this morning for “management” of an infection related to bullet wounds sustained in last month’s mass shooting at the practice for a Congressional baseball game.

RELATED: A Nebraska Democrat official is out of a job after making a truly appalling comment about Steve Scalise

Scalise was shot in the left hip, an injury that caused damage to bones and internal organs and caused massive internal bleeding. He was one of four shot that day, including two Capitol Police officers.

When he was admitted to Medstar Washington Hospital Center on the morning of the shooting, The Washington Examiner reports that he faced an “imminent risk” of death. Scalise was released from the hospital in “fair” condition on June 21.

Medstar Washington Hospital Center will provide another update on his condition tomorrow, the Examiner writes. 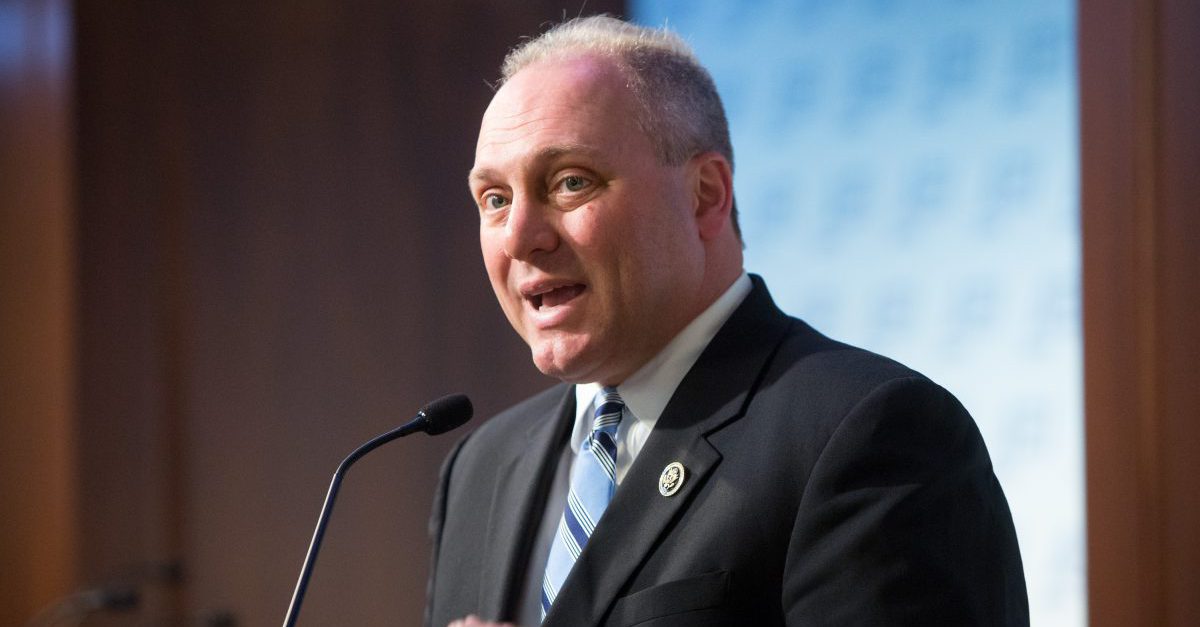