Menu
Follow us
Search
Menu
Search
Chuck Woolery and Chuck Barris at the premiere of 'Confessions of a Dangerous Mind' at the Bruin Theatre and after-party at the W Hotel in Los Angeles, Ca. Wednesday, Dec. 11, 2002. Photo by Kevin Winter/ImageDirect.

Chuck Barris, whose game show empire included “The Dating Game,” ”The Newlywed Game” and that infamous factory of cheese, “The Gong Show,” has died. He was 87.

Barris died of natural causes Tuesday afternoon at his home in Palisades, New York, according to publicist Paul Shefrin, who announced the death on behalf of Barris’ family.

Barris made game show history right off the bat, in 1966, with “The Dating Game,” hosted by Jim Lange. The gimmick: a young female questions three males, hidden from her view, to determine which would be the best date. Sometimes the process was switched, with a male questioning three females. But in all cases, the questions were designed by the show’s writers to elicit sexy answers.

Celebrities and future celebrities who appeared as contestants included Michael Jackson, Arnold Schwarzenegger, Steve Martin and a pre-“Charlie’s Angels” Farrah Fawcett, introduced as “an accomplished artist and sculptress” with a dream to open her own gallery.

After the show became a hit on both daytime and nighttime TV, the Barris machine accelerated. New products included “The Newlywed Game,” ”The Parent Game,” ”The Family Game” and even “The Game Game.”

At one point Barris was supplying the television networks with 27 hours of entertainment a week, mostly in five-days-a-week daytime game shows.

The grinning, curly-haired Barris became a familiar face as creator and host of “The Gong Show,” which aired from 1976 to 1980.

Patterned after the Major Bowes Amateur Hour show that was a radio hit in the 1930s, the program featured performers who had peculiar talents and, often, no talent at all. When the latter appeared on the show, Barris would strike an oversize gong, the show’s equivalent of vaudeville’s hook. The victims would then be mercilessly berated by the manic Barris, with a hat often yanked down over his eyes and ears, and a crew of second-tier celebrities.

Occasionally, someone would actually launch a successful career through the show. One example was the late country musician BoxCar Willie, who was a 1977 “Gong Show” winner.

He called himself “The King of Daytime Television,” but to critics he was “The King of Schlock” or “The Baron of Bad Taste.”

As “The Gong Show” and Barris’ other series were slipping, he sold his company for a reported $100 million in 1980 and decided to go into films.

He directed and starred in “The Gong Show Movie,” a thundering failure that stayed in theaters only a week.

Afterward, a distraught Barris checked into a New York hotel and wrote his autobiography, “Confessions of a Dangerous Mind,” in two months. In it, he claimed to have been a CIA assassin.

The book (and the 2002 film based on it, directed by George Clooney) were widely dismissed by disbelievers who said the creator of some of television’s most lowbrow game shows had allowed his imagination to run wild when he claimed to have spent his spare time traveling the world, quietly rubbing out enemies of the United States.

“It sounds like he has been standing too close to the gong all those years,” quipped CIA spokesman Tom Crispell. “Chuck Barris has never been employed by the CIA and the allegation that he was a hired assassin is absurd,” Crispell added.

Barris, who offered no corroboration of his claims, was unmoved.

“Have you ever heard the CIA acknowledge someone was an assassin?” he once asked.

Seeking escape from the Hollywood rat race, he moved to a villa in the south of France in the 1980s with his girlfriend and future second wife, Robin Altman, and made only infrequent returns to his old haunts over the next two decades.

Back in the news in 2002 to help publicize “Confessions of a Dangerous Mind,” Barris said his shows were a forerunner to today’s popular reality TV series.

Born in Philadelphia in 1929, Charles Barris was left destitute, along with his sister and their mother, when his dentist father died of a stroke.

After graduating from the Drexel Institute of Technology in 1953, he took a series of jobs, including book salesman and fight promoter.

After being dropped from a low-level job at NBC, he found work at ABC, where he persuaded his bosses to let him open a Hollywood office, from which he launched his game-show empire. He also had success in the music world. He wrote the 1962 hit record “Palisades Park,” which was recorded by Freddy Cannon.

Barris’s first marriage, to Lynn Levy, ended in divorce. Their daughter, Della, died of a drug overdose in 1998. He married his third wife, Mary, in 2000. 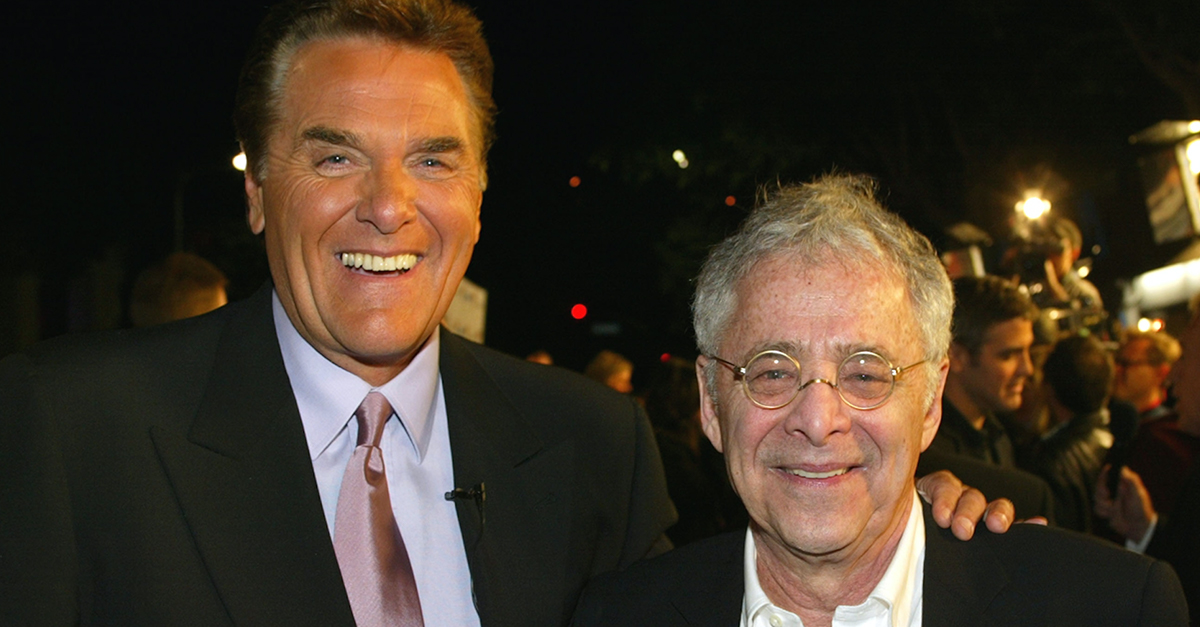