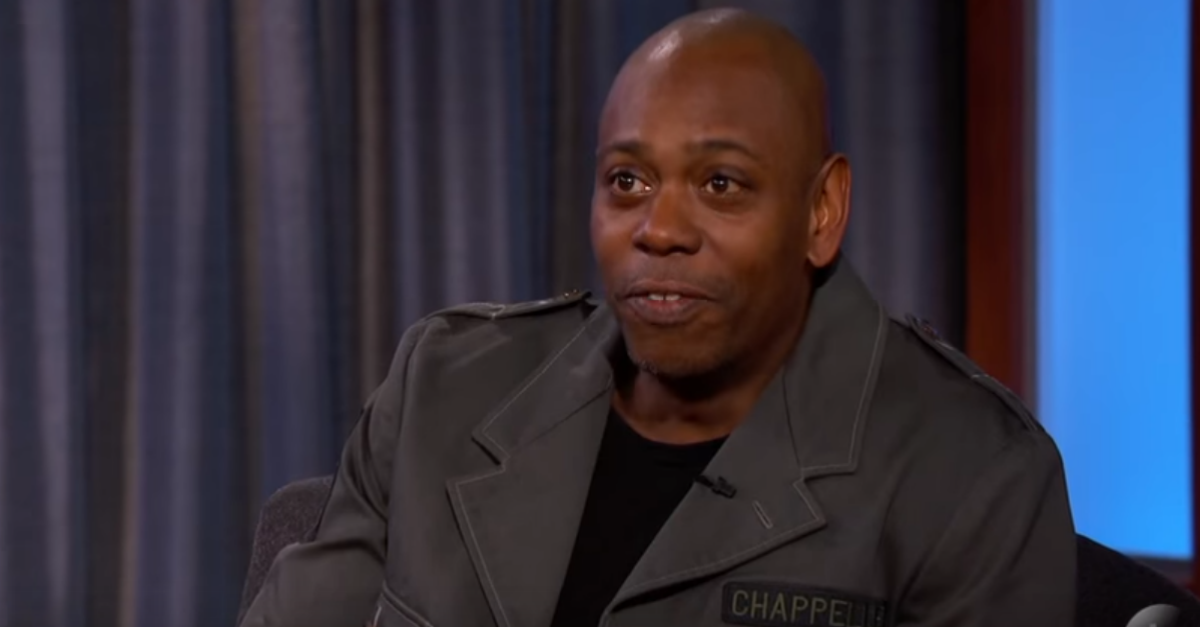 Dave Chappelle is widely regarded as the best comedian of his generation; his humor bridges generations and races.

It’s been a long time since Chappelle offered his fans a special, but that seemingly everlasting dry spell finally came to an end with his new Netflix specials, which were released earlier this week.

RELATED: Dava Chappelle talks about balancing life with comedy and recalls his first ever stand-up set

While he makes his living telling jokes, the comic has a serious side that we rarely see. On Tuesday night, Chappelle appeared on “Jimmy Kimmel Live” to explain why he finally decided to release these specials.

When asked why, after all these years, he was dropping specials, Chappelle laughed and said, “Money.”

He also joked about the $60 million that he got for the specials, saying, “I literally just took them out of the closet.”