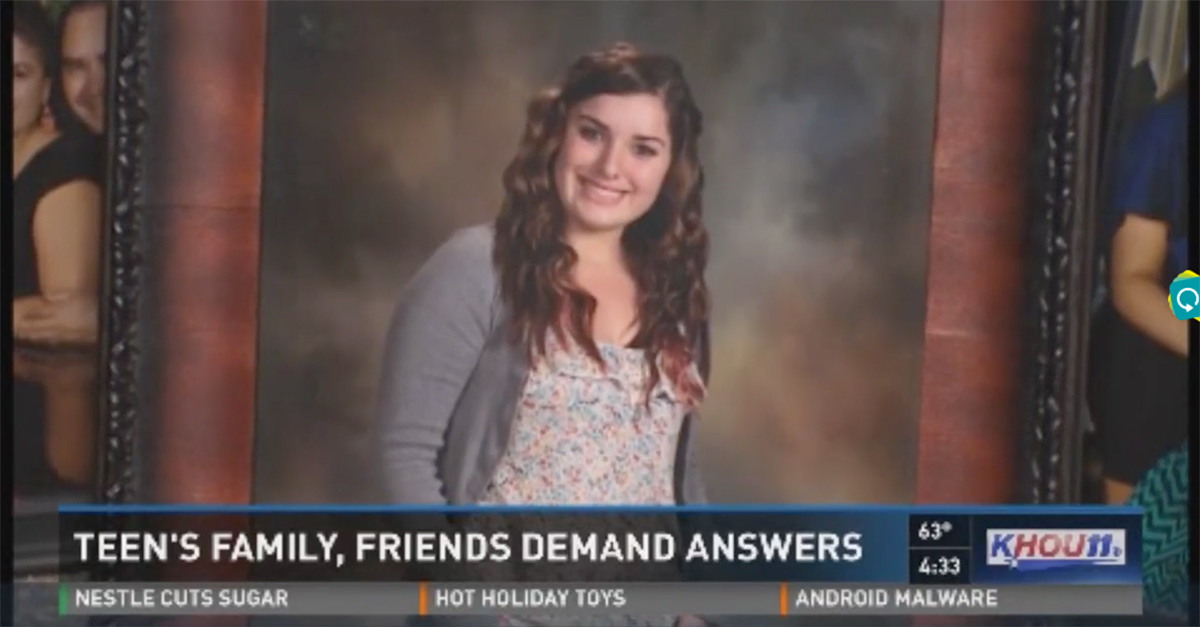 A Texas teenager who was being incessantly harassed online and found no help to make it stop finally made it stop, but in the most tragic way — she shot and killed herself in front of her family.

Brandy Vela, 18, was a senior at Texas City High School. She was being tormented on social media and cries to stop the cyber bullies, according to her father Raul, went unheard. She said the harassment started more than a year ago when her picture mysteriously popped up online with someone “continually posting nasty things about her.” An account was even set up, Vela said,  ?saying she was actually soliciting sex.?

RELATED: An 11-year-old girl committed suicide because of incessant bullying

Then she started receiving frightening phone calls that kept her up at night. Brandy Vela changed her phone number and filed a report with police about the bogus accounts, but the bullying didn’t stop.

?[The police] couldn?t do anything because [the suspects] used an app and it wasn?t traceable, and they couldn?t do something until something happened, like they fight,? her sister Jackie Vela told CNN.

Brandy sent a last text to her sister: ?I love you so much, please remember that, and I?m sorry for everything.?

RELATED: Before an Oregon man took his life, he did the unthinkable to his two children

And then came Tuesday. Brandy sent out an email to her family telling them she was going to kill herself. Her parents rushed home and found her alive. She had a gun. Raul’s plea to his daughter to put the gun down is gut-wrenching.

?And we tried to persuade her to put the gun down but she was determined,” he said. “She said she?d come too far to turn back. It was very unfortunate that I had to see that. It?s hard when your daughter tells you to turn around. You feel helpless.?

She then committed suicide in front of her family. Texas City Police are investigating the situation as a cyber-bullying crime, but so far no one has been arrested.

KHOU reported that Brandy?s organs have been donated to those in need.