The border wall isn’t yet funded, but here’s an idea of what it could look like 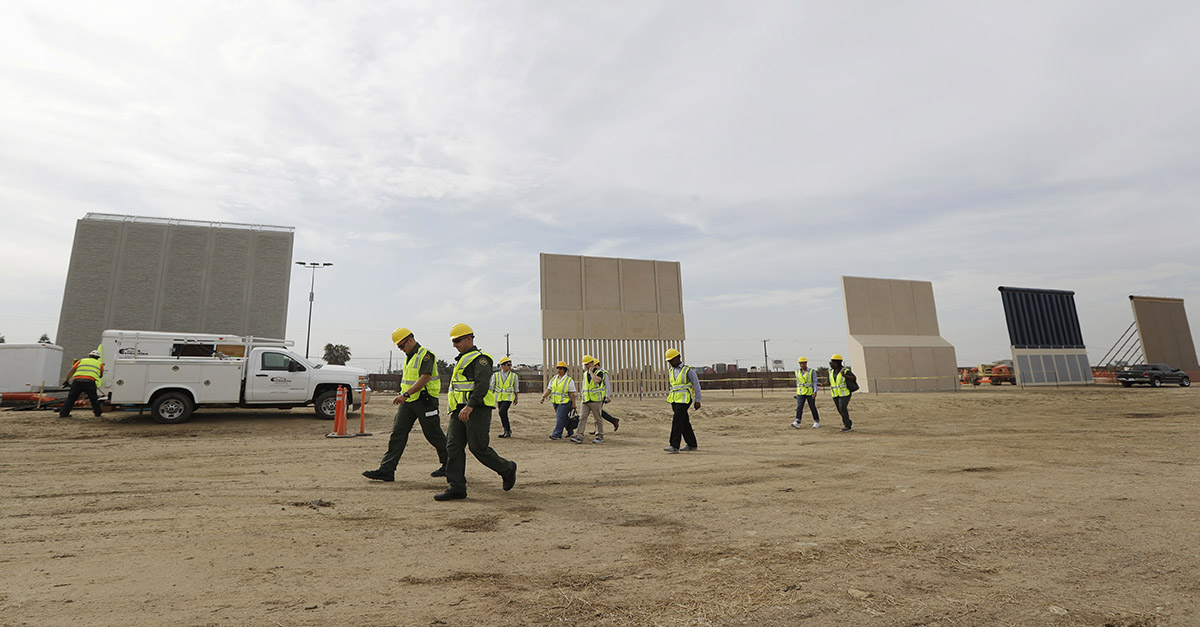 Congress is still calculating just how the Trump administration’s proposed Mexican-American border wall will be funded, but until then, we can now see what it might look like.

Eight life size models are under construction on the outskirts of San Diego. Four of the prototypes are solid concrete and the other half are a combination of concrete and steel. One model is even topped with spikes. Roy Villareal, chief of the San Diego Border Patrol sector, shared the criteria on which the models are being measured on with NPR.

“We want a better barrier. One that is hard to scale, hard to penetrate and hard to tunnel under,” Villareal said.
“We’re hoping innovation from private industry combined with our experience generates the next evolution of border security infrastructure,” he continued.

RELATED: Democrats call out President Trump for failing to build the border wall

Guidelines suggested the prototypes stand between 18 to 30 feet high, be capable of withstanding at least an hour of damage from construction tools, and be “aesthetically pleasing” from the U.S. side.

Each of the prototypes reportedly cost $500,000 and the six companies hired to produce them have until Oct. 26 to finalize construction.

President Trump is currently seeking $1.6B from Congress for 74 miles of new  border wall to be located in southern Texas.

On Tuesday, he shared his excitement for the project, tweeting out, “BORDER WALL prototypes underway!”

Even with the available footage, Roy Villareal maintains that the prototypes may not be what the wall will ultimately look like.

“Part of the intent of the prototypes is to influence the ultimate design of new border fencing,” he said. “[The final design] may well not be what you witnessed.”

Until then, the Trump administration is currently keeping mum as to how the winners will be decided.

View the gallery below for more images of the border wall prototypes.