Johnthony Walker, 24, has been arrested and charged with five counts of vehicular homicide after the school bus he was driving flipped into a tree.

According to CNN, the Monday morning crash killed at least six children, and the scene was harrowing. Of the children confirmed dead, three were fourth graders, one was a first grader and one was a kindergartner. Parents were heard screaming “that’s my baby.”

One student said, “(Walker) was going real fast and he hit a garbage bag and we then hit a mailbox, then we flipped over and hit a tree real hard.”

According to KRTV, Walker is cooperating with authorities, but it is suspected that the crash was intentional. CBS reported that one mother, who lost a child to the tragedy, said that “in the moments before the crash, the bus driver said something to the effect of ‘Are you all ready to die?’”

Police requested the vehicle’s black box, and speed is being “heavily investigated” as a factor in the crash.

RELATED: A construction worker was using a cut-off saw on the job when tragedy struck

Blood banks in the Chattanooga area quickly filled up with donors who were “refusing to leave until they gave blood.” Officials are still trying to schedule donations for certain blood types during the coming days. 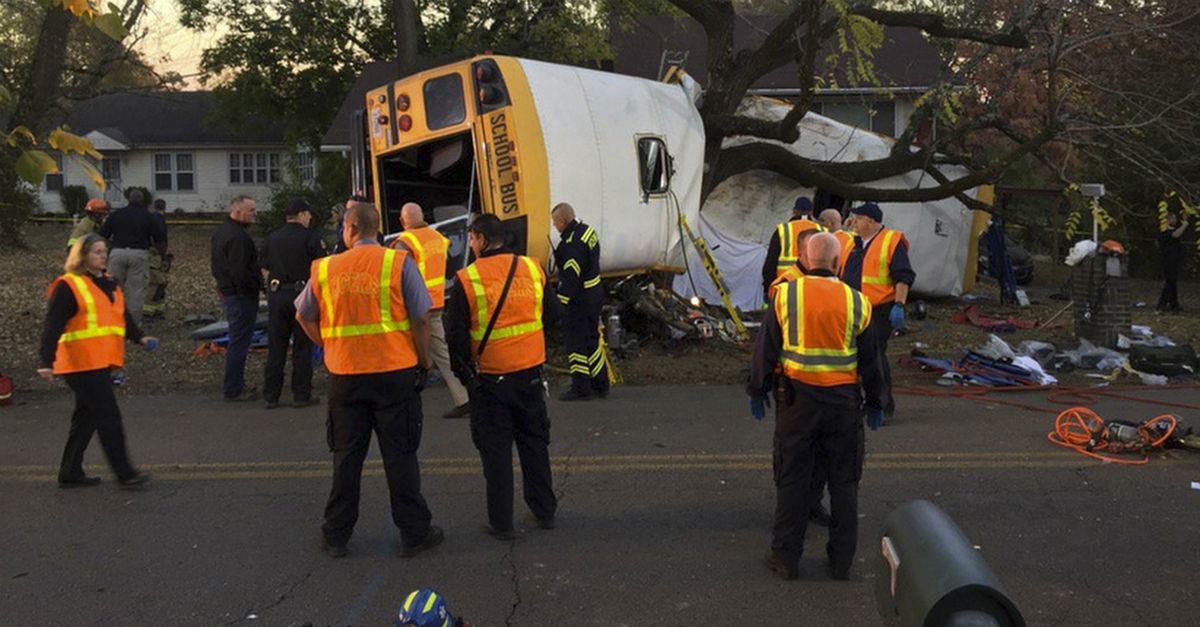