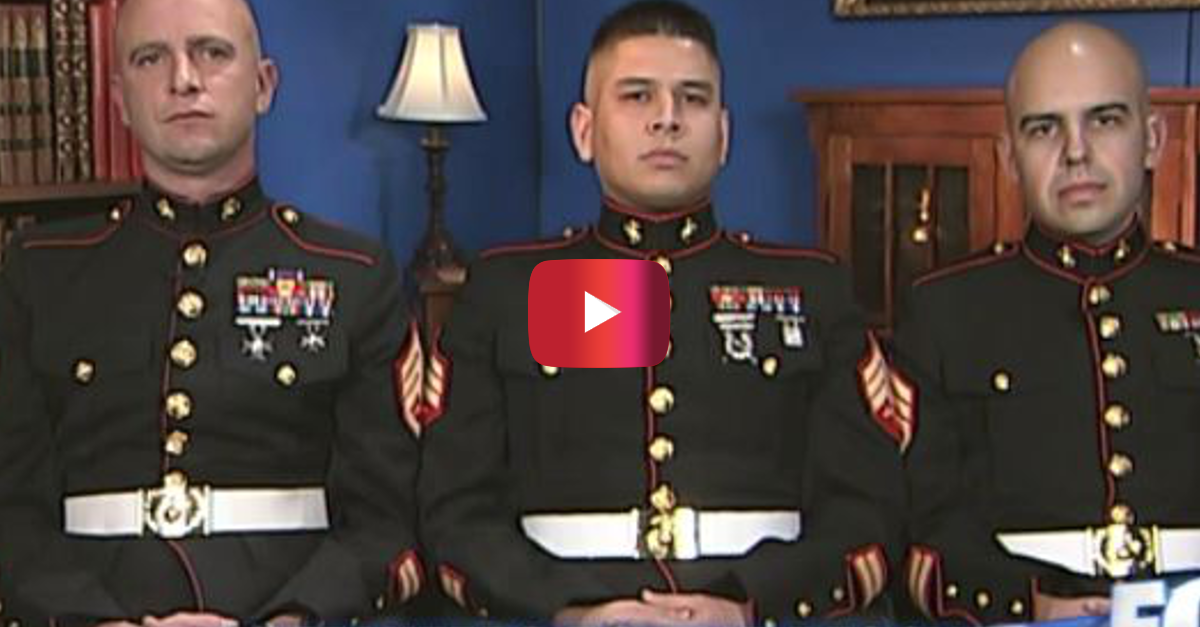 After hearing a woman’s pleas for help, three Marine Corps recruiters in Washington state ran to help a woman who was being robbed.

When Sgt. Ricardo Schebesta, Staff Sgt. Ben Shoemaker and Staff Sgt. Bryson Twigg reached the woman, she explained that two men had just robbed her and one of them had a gun.

Despite knowing the perpetrators had a weapon, the three Marines chased them down — and were able to find and detain one of the criminals.

“That’s when I put him in a wrist-lock and Sgt. Schebesta blocked his back,” Staff Sgt. Shoemaker told Fox News’ Steve Doocey of the moment he reached the criminal.

According to Staff Sgt. Shoemaker, the wrist-lock was his go-to move to avoid getting down on the ground and messing up his dress blues.