A North Carolina high school teacher was suspended after attempting to show his students the importance of free speech and the First Amendment.

Lee Francis of Massey Hill Classical High School took an American flag and stepped on it in class. “I put it on the ground and I used my right foot and I took two steps on it, and immediately two kids get out of the room,” he said.

Francis’ lesson extends beyond the classroom, as Fayetteville residents like Grayson Chavonne responded in anger. “If he wants to do that in his own home, that’s his prerogative,” he said, “but it doesn’t need to be taught to our kids.”

RELATED: “Blazing Saddles” teaches us more than we might realize about the reality of free speech

Cumberland County Schools Superintendent Frank Till released a statement on Tuesday, saying, “Clearly, there are other ways to teach First Amendment rights without desecrating the flag.”

Francis, who has since hired an attorney, said that the backlash surprised him in the face of his students’ maturity. 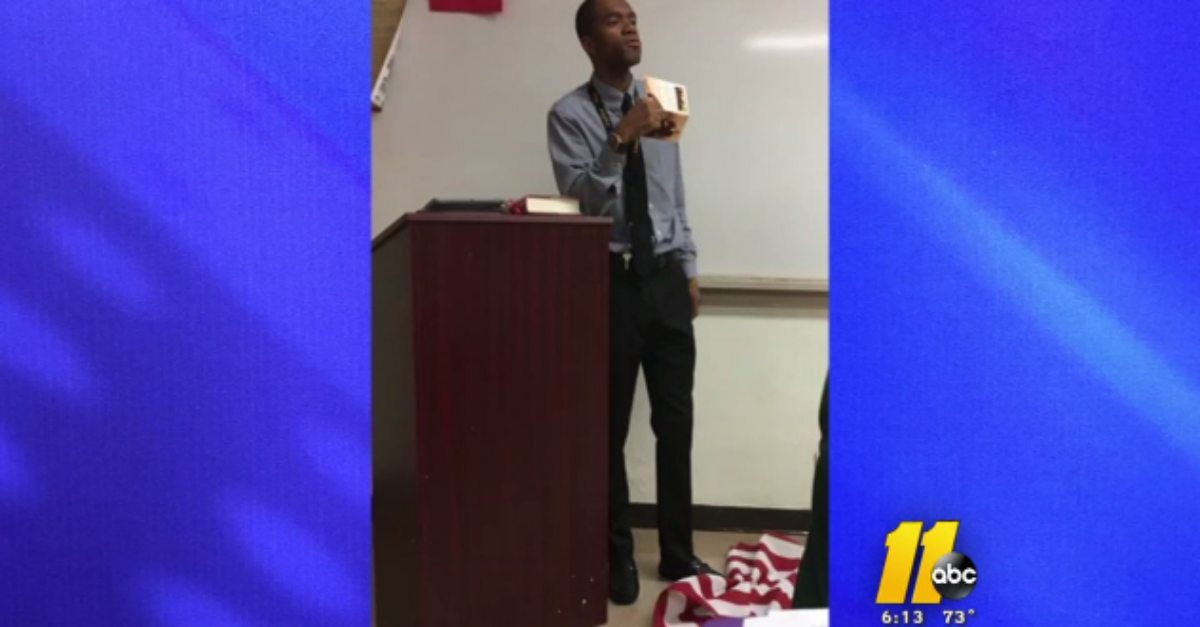