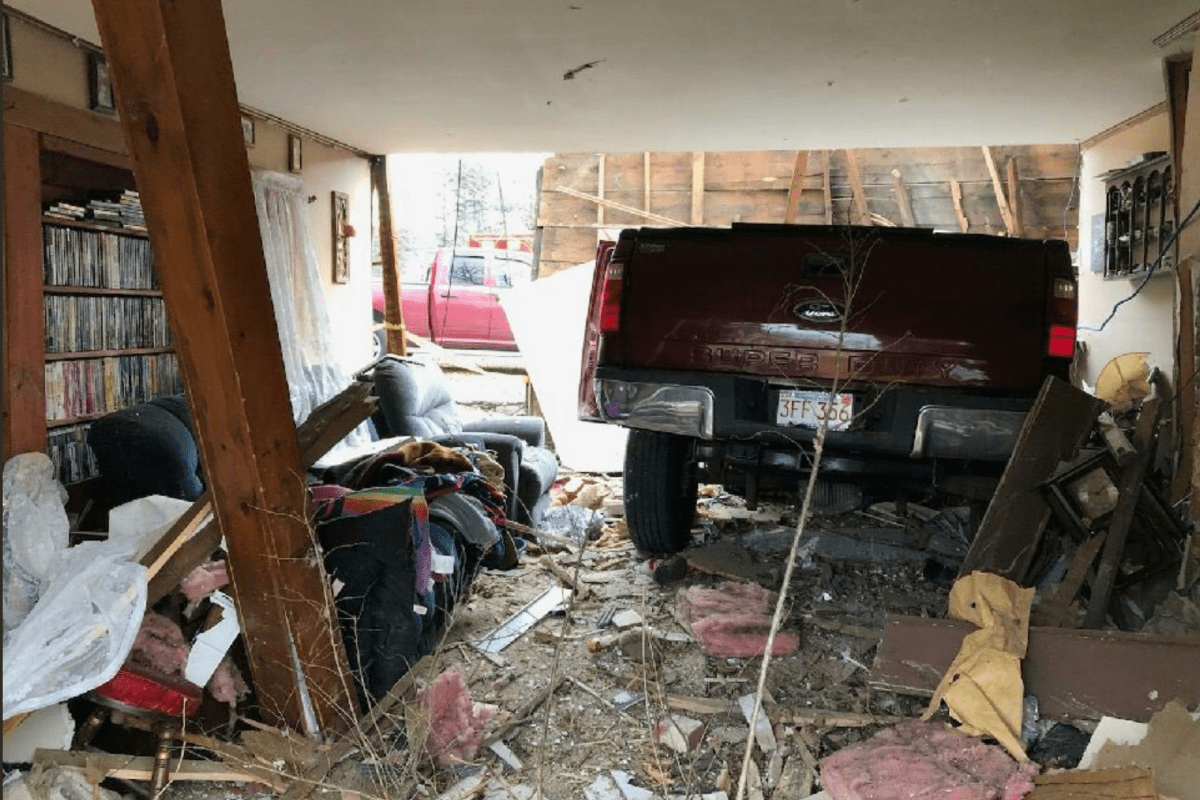 TEMPLETON, Mass. (AP) — A pickup truck has smashed through a home in Massachusetts, barely missing a woman who was asleep on her couch.

Police say the crash happened around 11:30 a.m. Thursday in Templeton.

Tracy Samuels, who was sleeping on the couch, says she heard a loud bang, woke up and said, “Why is there a truck in my living room?”

The truck destroyed the family’s Christmas tree and their gifts, but no one was injured in the crash.

Tracy Samuels’ husband, Jason, says the items they lost are replaceable. But he says he and his wife have been together for 27 years, and he can’t replace her.

Police are still investigating the cause of the crash, and no charges have been filed.

The home has been temporarily condemned.

Watch: Why You Should Visit Dollywood for the Holidays