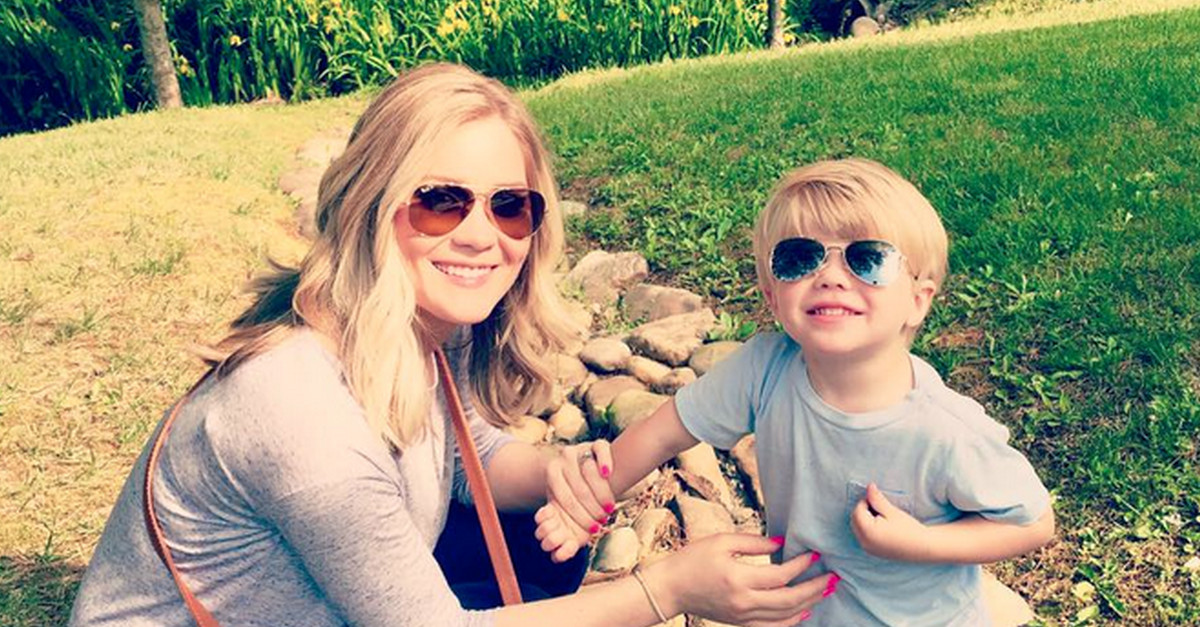 Where Tawny Willoughby grew up in Kentucky, everyone, including her, had a tanning bed. Her habit of tanning, however, has grown into a much bigger issue.

“I never thought about the future when I was in high school; I just tanned because it was normal to me,” she says of her youth.

Last month, Willoughby shared a photo on Facebook as a precautionary tale about the dangers of tanning.

“If anyone needs a little motivation to not lay in the tanning bed and sun here ya go! This is what skin cancer treatment can look like. Wear sunscreen and get a spray tan. You only get one skin and you should take care of it. Learn from other people’s mistakes. Don’t let tanning prevent you from seeing your children grow up. That’s my biggest fear now that I have a two year old little boy of my own,” she wrote.

After one of her friends was diagnosed with skin cancer, Willoughby followed up with a dermatologist as well. At age 21, she too had skin cancer.

“Now 27, Willoughby says she has had basal cell carcinoma five times and squamous cell carcinoma once. She goes to the dermatologist every six to 12 months and usually has a cancerous piece of skin removed at each checkup,” CNN writes.

“I’ve lost count of how many people shared it now and told me I’ve helped them,” she told CNN. “It’s really cool to hear people say they won’t tan anymore. I’ve had mothers thank me after sharing my pictures with their daughters. People in my hometown said they are selling their tanning beds.”