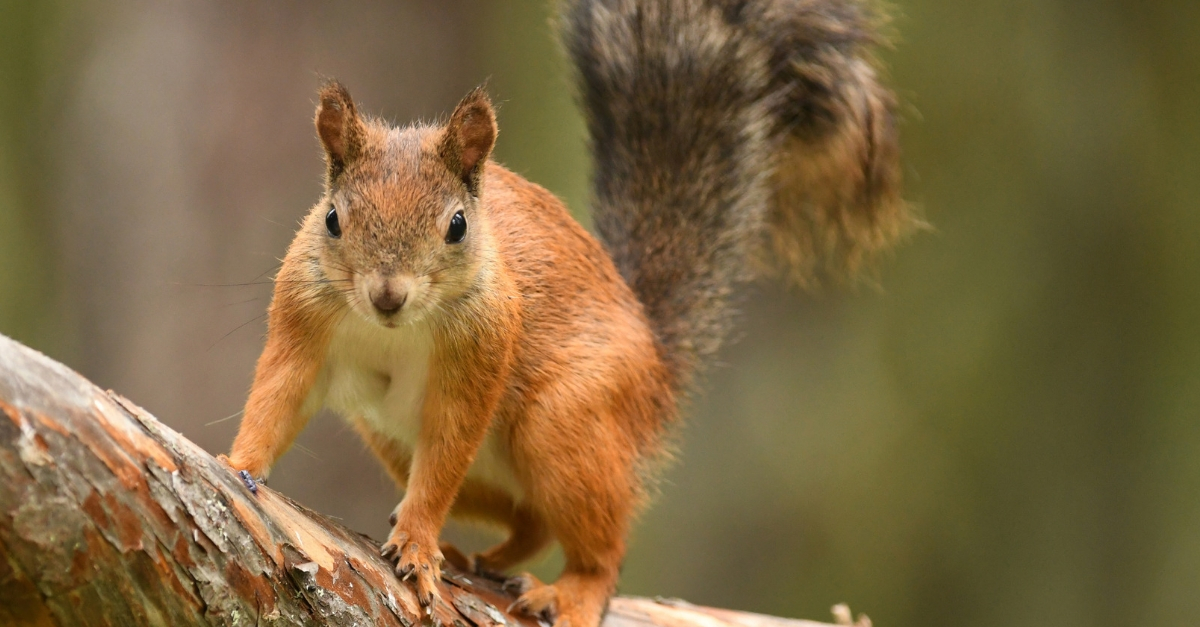 Passengers at Orlando International Airport were deplaned Tuesday night due to a nutty situation involving a woman and her emotional support squirrel. The Frontier flight from Orlando to Cleveland Ohio was on schedule boarding passengers when one passenger tried to board the plane with her squirrel.

When making her reservation the woman stated she would be bringing an emotional support animal with her on the flight. However, according to the Associated Press, she failed to inform the airline that the animal which would be supporting her emotionally was a furry rodent that enjoyed climbing trees and eating acorns. The airlines asked her to leave the plane and when she refused, the Orlando police were called and the entire plane was deboarded.

“Rodents, including squirrels, are not allowed on Frontier flights. The passenger was advised of the policy and was asked to deplane,” said Jonathan Freed, director of corporate communications at Frontier Airlines. “When she refused to deplane, Orlando Police were called and everyone was deplaned so police could deal with the passenger. Police eventually escorted the passenger off the aircraft and returned her to the main terminal.”

The incident follows multiple stories involving emotional animals and the rules of allowing them on flights. Back in February, a woman tried to bring her hamster on a flight and just this past month Alaska Airlines have started allowing emotional support miniature horses to board planes. Other airlines, like Delta, are requiring their passengers wishing to travel with a support animal to submit three different forms and to notify the airline 48 hours before boarding of the animal.

The video shows the unidentified woman is wheeled away from the plane. She flips the middle finger then once people start cheering she switches to a thumbs up.

Julia Papesch, a 22-year-old graduate student at Florida State University, was one of the passengers on the plane. According to USA Today, Julia shared, “We all got on the plane, and then we were sitting there for a while. All of a sudden someone came over the intercom and said that we all had to deplane. I thought something was wrong with the engine,” Papesch said. “I kept hearing things about a squirrel, so I was asking people around me and someone said we did have to deplane because of a squirrel.”

After a two hour delay, the plane finally took off to Cleveland.

Read: This squirrel has dance moves you will not believe