This lesson was learned yet again over the weekend, just after President Trump’s inauguration and the subsequent Women’s March occurred in Washington, D.C.

Passenger Scott Kotesky had already boarded a flight from Baltimore to Seattle when a woman who did not vote for Trump confronted him. He reported the following conversation before he pulled out his cellphone to record the incident:

“Did you come here to cheer or protest?”

RELATED: Airline captain is forced to defuse the situation after an argument about the U.S. election broke out on a United Airlines flight

His answer was not satisfactory for her, and the woman began to berate Kotesky.

Part of the exchange was captured up until it was time for the passenger to be escorted from the plane.

The woman was displeased, informing the attendant that she not only paid for her seat but was traveling with her husband, as his mother had just passed.

The woman was escorted from her seat regardless.

A full video of the incident was also posted on Facebook: 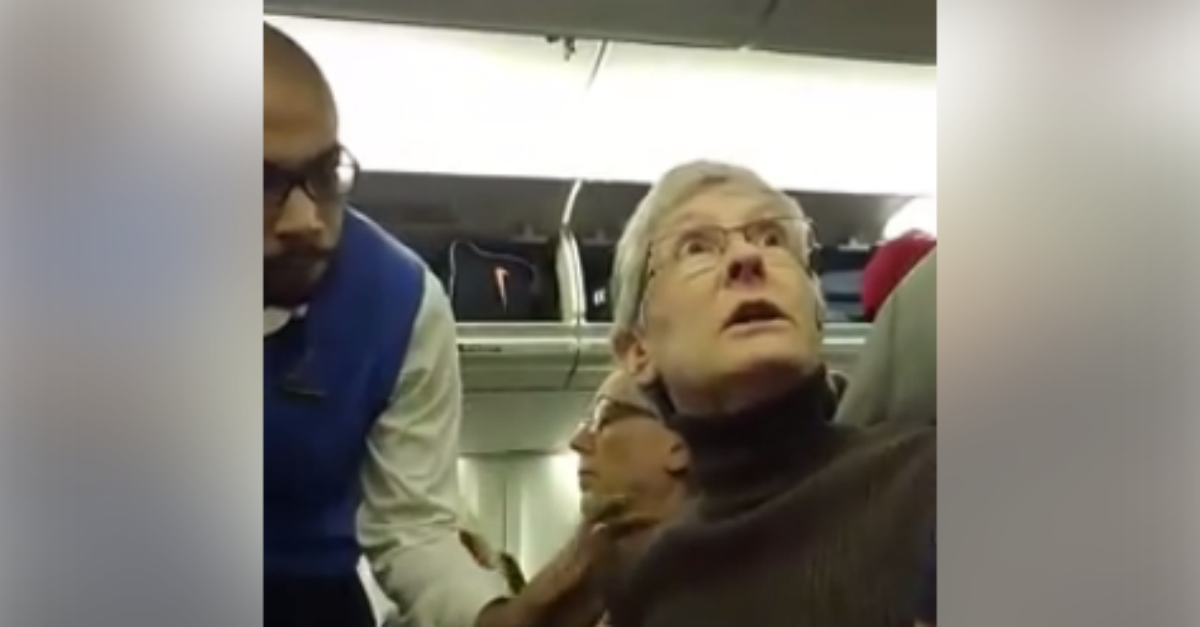