Rand Paul: Why I voted against the new CIA director 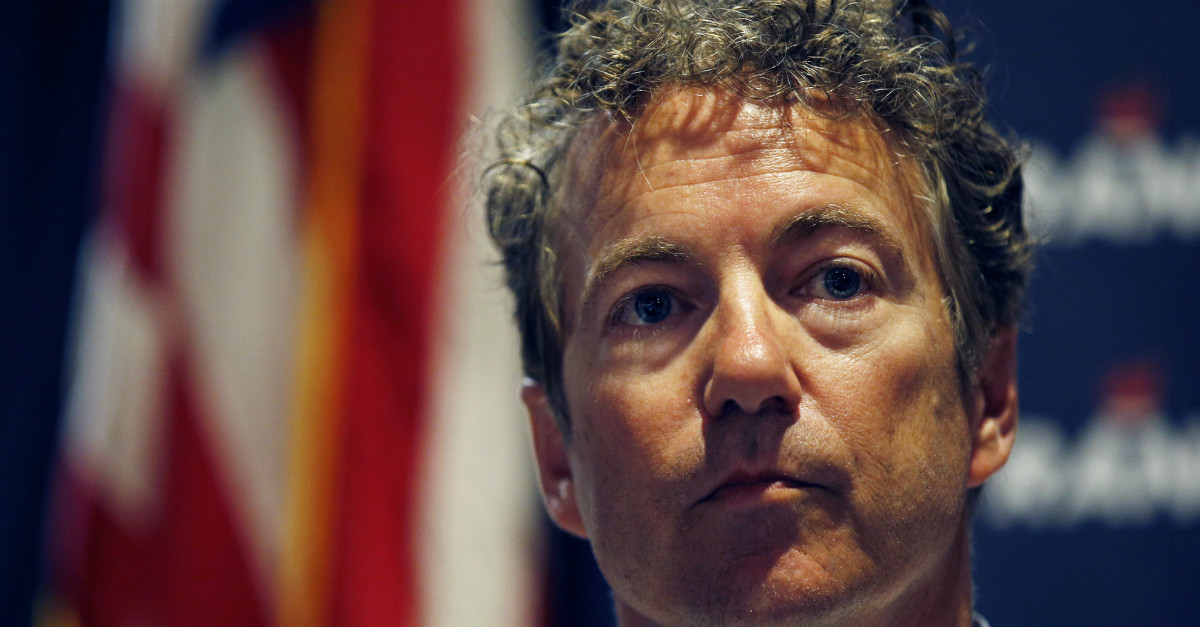 I voted against the new CIA Director because I worry that his desire for security will trump his defense of liberty.

More than ever before, oversight of the secretive world of intelligence is critically important.

Programs are authorized, money is spent, and operations are carried out in the name of the American people, yet only a few members of Congress are even allowed to know what is happening in the dark corners of these U.S. intelligence programs.

Most of Congress was surprised to learn that the U.S. government was collecting all of our phone records in bulk. Most of what our intelligence community does is shielded from the rank and file of Congress. Only eight legislators are privy to the full extent of the surveillance state.

Under oath, the former Director of National Intelligence James Clapper lied to Congress about the existence of the bulk collection of Americans’ phone records. Without the revelations of Edward Snowden, this gross violation of privacy might still remain unknown.

Only begrudgingly are the American people being told about the scope of the massive intelligence apparatus that has steadily grown in secret.

Yet when oversight of the intelligence community is most needed, Congress has demonstrated an insufficient appetite for curbing the worst excesses of our country’s domestic surveillance.

Some in Congress advocate that government collect “financial and lifestyle information” on Americans, combine it with their metadata, and store it in a government database.

A database that cross-references our every online action would be a devastating assault on liberty.

The new CIA Director described a congressional report on the CIA’s past use of torture as “a narcissistic self-cleansing.” He went on to say that those senators who voted to release the torture oversight report were “quintessentially at odds with [their] duty to [their] country.”

In the years following 9/11, we let fear get the better of our responsibility to liberty. Of the 119 people detained by the CIA, 39 were tortured. In our haste, at least 26 people were wrongfully detained, not even meeting the government’s own standard for detention.

If it was your husband or son that was “mistakenly” tortured, wouldn’t you want the world to know so that it never happened again?

Many of our military leaders, including incoming Sec. of Defense James Mattis, have acknowledged that waterboarding is torture, is ineffective, and sends a signal to our enemies that it is justified to torture U.S. soldiers when they are captured.

Despite this evidence, many in Congress have continued to maintain that waterboarding is not torture.

In addition, many in Congress support a comprehensive, searchable database equipped with “public” data like “lifestyle” choices, an incredible invasion of privacy in some ways more intrusive than the English soldiers that invaded American households to search for any untaxed papers.

Advocates of such a database argue that it will only be searched after obtaining some type of court order.

These advocates fail to understand that our privacy and the Fourth Amendment are breached merely in the collection of our personal data. Our privacy is invaded first by the collection of private information and only secondarily by searching that databank.

The existence of the database itself is a violation of our right to privacy.

There are many supporters of the Surveillance State in Congress. There is, however, a shortage of skeptics. Now that technology and fear have combined to allow the state to watch virtually our every action, someone must pledge to “watch the watchers.”

I swore an oath to defend the Constitution and the rights of the American people. Shielding the CIA from needed oversight is not consistent with that oath.

Protecting the entire Bill of Rights is one of the main reasons I ran for office, and I will remain vigilant in that cause.

Rand Paul is the junior senator from Kentucky.