Menu
Follow us
Search
Menu
Search
Photo by: KGC-375/STAR MAX/IPx 2017 9/7/17 Prince George holding the hand of his father, Prince William, Duke of Cambridge, arrives for his first day of school at Thomas's school in Battersea, London. Prince George was met by the Head of Lower School, Helen Haslem and escorted Their Royal Highnesses to Prince George's reception classroom.

The Duchess of Cambridge was sad to miss out on bringing Prince George to his first day of school along with the Duke of Cambridge on Thursday due to her hyperemesis gravidarum, an acute morning sickness.

“Kate watched the news from home,” a source close to the royal couple told Us Weekly. “She was desperately sad that she couldn’t make it, but she is on firm bed rest now until she feels better.”

Instead, Prince William took the little prince to school by himself, where they met the lower school principal Helen Haslem. The royal father helped his son get settled into his new classroom and then left him to his learning. The big milestone in Prince George’s life was met with a bit of melancholy from his parents.

“The first day of a child’s school is always a bittersweet day for a mother,” the source continued. “Both Kate and William are extremely proud of George and how well behaved he was as he arrived, but it’s also a little frightening to see him grow up this fast!”

The Duchess unfortunately suffered from the same condition with both of her other pregnancies. She is reportedly working on recovering from the illness and is seeing a doctor daily. Her mother has even traveled to London and has been staying at Kensington Palace with her daughter, another source added.

RELATED: Prince George tried to put on a brave face as he started his very first day of school 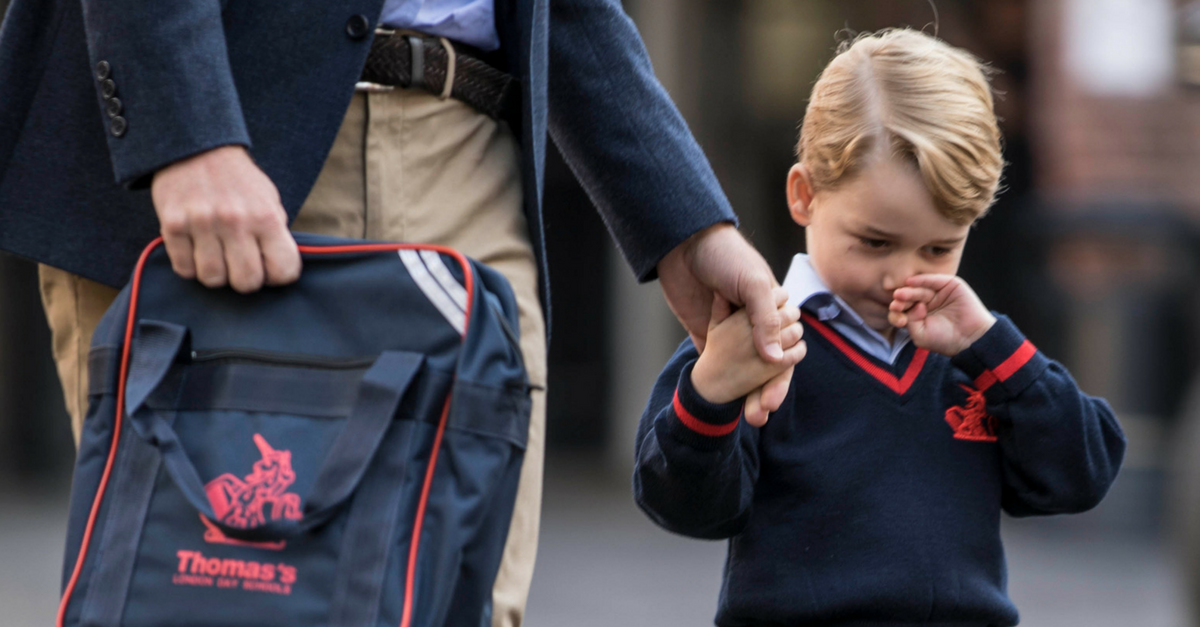