Menu
Follow us
Search
Menu
Search
CHICAGO, IL - JULY 20: A general view of atmosphere during De Nolet presented by Ketel One Vodka, an official sponsor of The Pitchfork Music Festival at Union Park on July 20, 2014 in Chicago, Illinois. (Photo by Daniel Boczarski/Getty Images for Ketel One)

Pitchfork Music Festival 2017 began its twelfth year in Union Park with a few changes from past years. For one, the weather isn’t brutally hot and there’s no threat of park-evacuating thunderstorms. This is my eleventh time attending the festival and I like to think I know my way around this festival by now.

Pitchfork has always been notable for progressive lineups, resisting the corporate overload that plagues other fests, and having a general chill vibe. They support local artists, authors, designers, and non-profits (full disclosure: one of which I am volunteering with on Sunday which allowed me free access on Friday). For all this and more is why I’ve attended so many times.

RELATED: Who to see and what to do at the Pitchfork Music Festival this weekend

A couple changes this year through me off to start however. Most were minor, such as moving the location of bike parking, although it did make the end of the night less congested. The most disappointing change from year’s past was turning the tree-filled shady area near the back of the Blue Stage into the VIP “Plus” area. There aren’t a lot of places to find a reprieve from the sun or a relaxing place to take lay out and not worry about being stepped on and it’s unfortunate the festival decided to give this area only to those who are willing to spend more.

That aside, I’m here to check out some new music. Admittedly, there weren’t a lot of artists on the lineup that I was overly excited to see, so I decided to spend most of the day bouncing around, sampling a bit of as many acts as I could.

I walked into the park and was greeted with the upbeat electronic R&B of Dawn Richard on the Blue Stage, getting everyone into a good rhythm to start the day. I wish I caught more of her set before it ended, as I headed to the Red Stage and the impressively dull sounds of folk group Hiss Golden Messenger.

Ain't no party like a @DawnRichard party. So much energy, so much dancing, and so many great songs. #p4kfest pic.twitter.com/wgTPkFfSYD

The park started to fill up at the Green Stage for Vince Staples and the crowd surged toward the stage for songs like lead single “BagBak” off his newest album Big Fish Theory, “Little Bit of This,” and even his collaboration with Gorillaz, “Ascension.” Vince seemed a bit low-energy to start his mid-day set, but started to pick it up more throughout.

Around 4:50 p.m. it happens that with three stages, zero music is playing. 20,000 people in a park listening to distant sirens, indistinct drone of all our important conversations, and the Green and Pink Lines roar over Lake Street. Not a bad time to grab a tofu banh mi from the Rice Table while people watching and see if anyone can top the Gold Web t-shirt the beer vendor was wearing earlier (no one does). Where did this rise in Sub Pop merchandise come from? They’ve reached the festival fashion echelon cliché along with Joy Division referencing garb.

I head back to the Blue Stage for the indie-pop of Frankie Cosmos, who’s bassist and keyboardist rolled into some synchronized hand movements when they weren’t playing. Although I’ve never been a huge Sonic Youth fan, I still felt I had to see at least a bit of Thurston Moore Group. The Red Stage was surprisingly uncrowded for the indie-rock veteran. Squealing guitars and feedback might be less out of vogue these days with the Pitchfork sound, but hearing something better defined as “noise” than “music” was a much needed change of pace.

As often at Pitchfork, the best set of the day was from an artist I had no idea of what to expect. The Blue Stage headliner was Caracas-born producer Arca who has worked with Bjork, Kanye West, and FKA Twigs. The set was a chaotic mix of electronic music, traditional Venezuelan music, nu-metal, the theme song to Daria, air-raid sirens, punk rock, champagne bottles, twirling and tongue-rolling and singing and screaming. Despite technical difficulties setting up the video at first, the set was ultimately enhanced with visuals by Jesse Kanda. The footage consisted of fireworks, car washes, dead fish, cows giving birth, surgery on kittens, baby owls, and much more surreal and seemingly disconnected visuals.

I was already lukewarm on LCD Soundsystem, and after the visceral rawness of Arca and Jesse Kanda,the main headliner just felt bombastic and calculated. Even though I like some of their songs like “Someone Great” and the evening closing “All My Friends,” I realize my night would have been better ended after the profound strangeness of Arca.

Check back tomorrow for more about Pitchfork Music Festival. 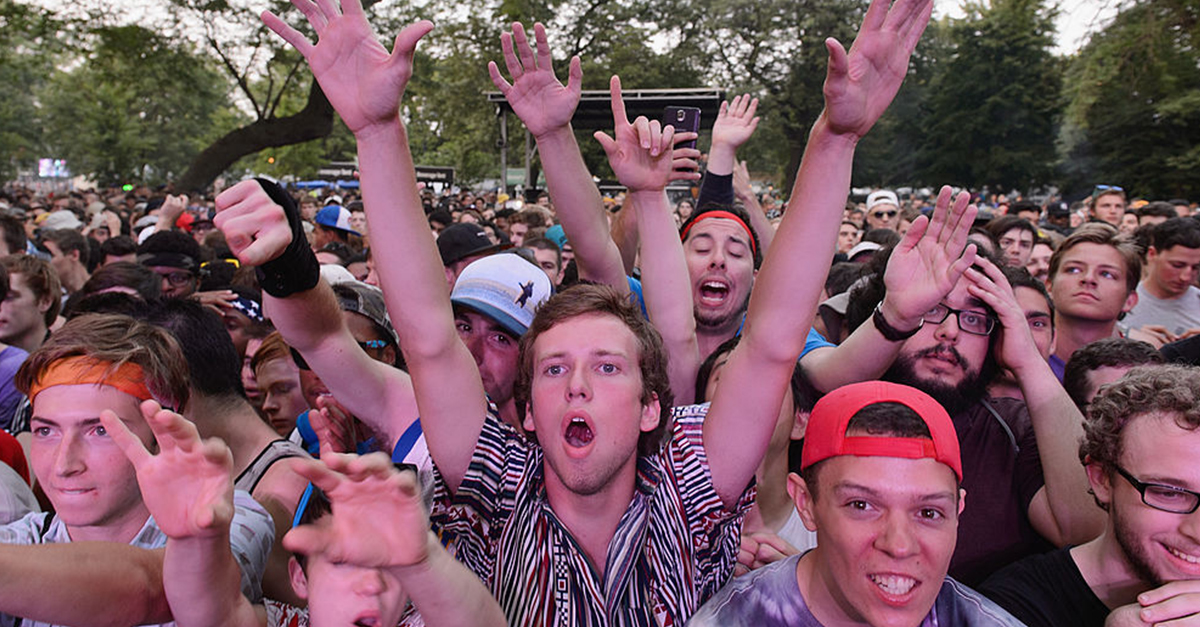