On Nov. 27, Prince Harry made an official announcement that he is, in fact, engaged to American actress Meghan Markle. The Prince released a statement sharing the news on the official social media pages for Kensington Palace.

“His Royal Highness Prince Henry of Wales and Ms. Meghan Markle are engaged to be married,” Kensington Palace wrote in the caption ahead of Harry’s statement.

The Prince of Wales made this announcement this morning:

Markle’s parents, Thomas Markle and Doria Ragland shared their joy for their daughter in a statement published by the palace.

“We are incredibly happy for Meghan and Harry. Our daughter has always been a loving and kind person. To see her union with Harry, who shares the same qualities, is a source of great joy for us as parents. We wish them a lifetime of happiness and are very excited for their future together,” the statement read.

The news comes just days after Markle reportedly wrapped up her final days on the set of her USA Network “Suits.” Many speculated that she had already packed up her Toronto apartment and was planning an official move to London to be closer to Harry.

The usually private prince went public with his romance in Nov. 2016 after rumors of the relationship made headlines weeks earlier. Markle was being harassed with stories that had “crossed a line at the time” and Harry released an official statement confirming their relationship and standing up for his girlfriend.

“Prince Harry is worried about Ms. Markle’s safety and is deeply disappointed that he has not been able to protect her,” the statement read at the time. “He knows commentators will say this is ‘the price she has to pay’ and that ‘this is all part of the game’. He strongly disagrees. This is not a game – it is her life and his.”

The couple were often spotted in London and Toronto visiting each other before jet-setting off on a romantic vacation to South Africa for Markle’s birthday in August of this year.  Rumors of an engagement seemed to spur from that vacation as they were going to the same destination where Harry’s brother, Prince William proposed to his now wife, Duchess Catherine.

In September, the couple made their first official appearance together as Markle supported the prince at his annual charity event, Invictus Games in Toronto. The two lovebirds broke royal protocol when they engaged in public displays of affection which were caught by photographers at the event.

The PDA-filled weekend only spurred the engagement rumors even more.

“I believe an engagement is imminent,” royal etiquette expert Myka Meier said at the time. “I think to show PDA at such a highly publicized public event would be a very conscious decision by Prince Harry, and shows the seriousness of the relationship. Meghan would very much have taken his lead under the circumstances.”

Following their outing at the Invictus Games, speculation of an engagement began heating up, but there was further reports that the Harry and Markle were planning to wait to announce their upcoming nuptials until after William and Duchess Catherine welcome their third child together in April 2018. With the arrival of the third royal baby, it was speculated that the couple could be planning for a Summer 2018 wedding.

As for the ring, there have been conflicting reports as to what Harry might have used to pop the question. Some speculate that he may have gone the traditional route and designed a sparkler that using some of the diamonds owned by his late mother, Princess Diana. Some sources reported that Harry used one of Diana’s brooches and diamonds to create a new ring for Markle. (Prince William proposed to Duchess Catherine using the ring Diana wore while married to Prince Charles.)

Either way, the countdown to Harry and Meghan’s royal wedding is officially on. Congratulations to the happy couple! 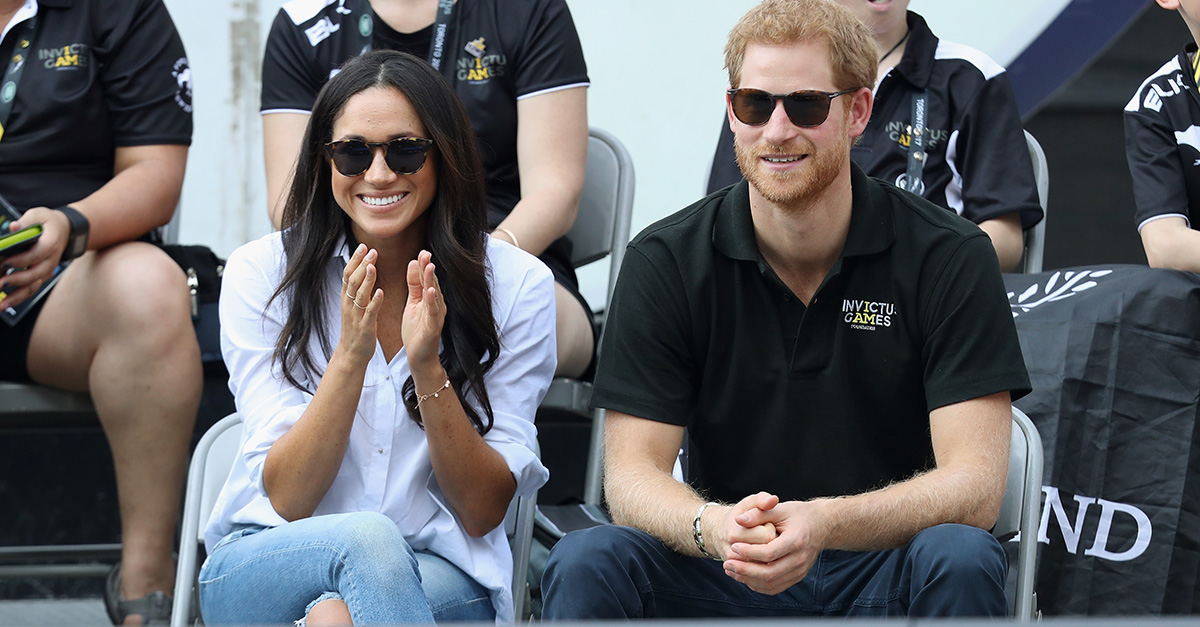