Houston talk radio host Matt Patrick announced this week that he would discontinue his treatments for esophageal cancer. Patrick, once known for his powerful voice and on-air presence, has been fighting the disease since 2015. An announcement on the Facebook page for Houston talk radio station NewsRadio 740 KTRH stated that, “Matt revealed he has exhausted all options and has discontinued cancer treatments.”

Patrick has been a powerful personality in stations across the country since 1979. He began his career in Akron, Ohio, on WCUE. He also hosted the annual Akron Children’s Hospital radiothon fundraiser from 1999 until his departure in 2009. He joined KTRH in 2011, where he co-hosted the morning drive news show with former Houston TV anchor Shara Fryer.

Patrick had been receiving treatments and M.D. Anderson Cancer Center for the last two years. After his treatments, he was often too exhausted to work at the station’s Galleria-area studio. Workers installed a home studio system for Patrick to continue his work from home while he recovered. Esophageal cancer attacks the tube that connects the throat to the stomach, so the disease and the treatments brought Patrick’s once-booming voice down to a whisper.

In 2016, Patrick announced that his cancer was in remission. Earlier this year, he stated that the cancer had returned and was spreading aggressively throughout his body. Neither Patrick nor his doctors disclosed his prognosis on how much longer he was expected to live after quitting the treatment program.

RELATED: Watch Rascal Flatts prank an unsuspecting radio host — and get pranked themselves

During his time in Houston, Patrick was an outspoken conservative talk show host. He was a two-time inductee into the National Radio and Television Broadcasters Hall of Fame. He has also spoken out about his time as an alcoholic, and engaged in debates with Houston civil rights advocate Quanell X. 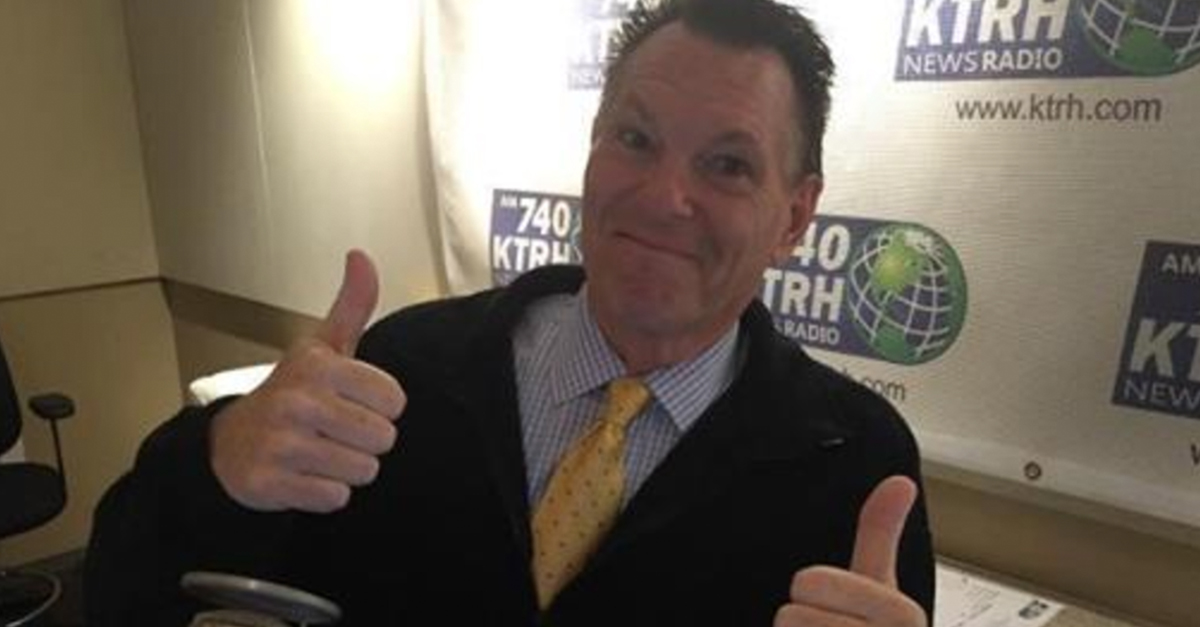