A few weeks after Lincoln Square neighbors discovered hateful graffiti, vandals have come once again according to reports.

The Windy City Times spoke with not one but two Lincoln Square couples whose “Black Lives Matter” and “Hate Has No Home Here” signs were spray-painted over this past Saturday night or the wee hours of Sunday morning. “Anti-white cuck” was additionally painted on the sidewalk in front of one of the homes.

According to comments on social media, it has been indicated that the “cuck” message was sprayed in at least two other locations in the area.

Another neighbor reported a “Kek” sticker placed on her home’s “black lives matter, women’s rights, science is real” sign. According to Southern Poverty Law Center, “Kek,” is an alt-right meme.

RELATED: A tattoo parlor offers anyone with gang and hate tattoos a second chance

“I’ve run the gamut today from being really angry to being scared, and just put the signs back in our yard and up our efforts to resist even more,” said a victim to CBS2.

“We’re going to keep fighting for people who are disenfranchised and disempowered, and not allow bullies to win,” he said. “The fact that the signs were destroyed just makes me know that they need to be there.” 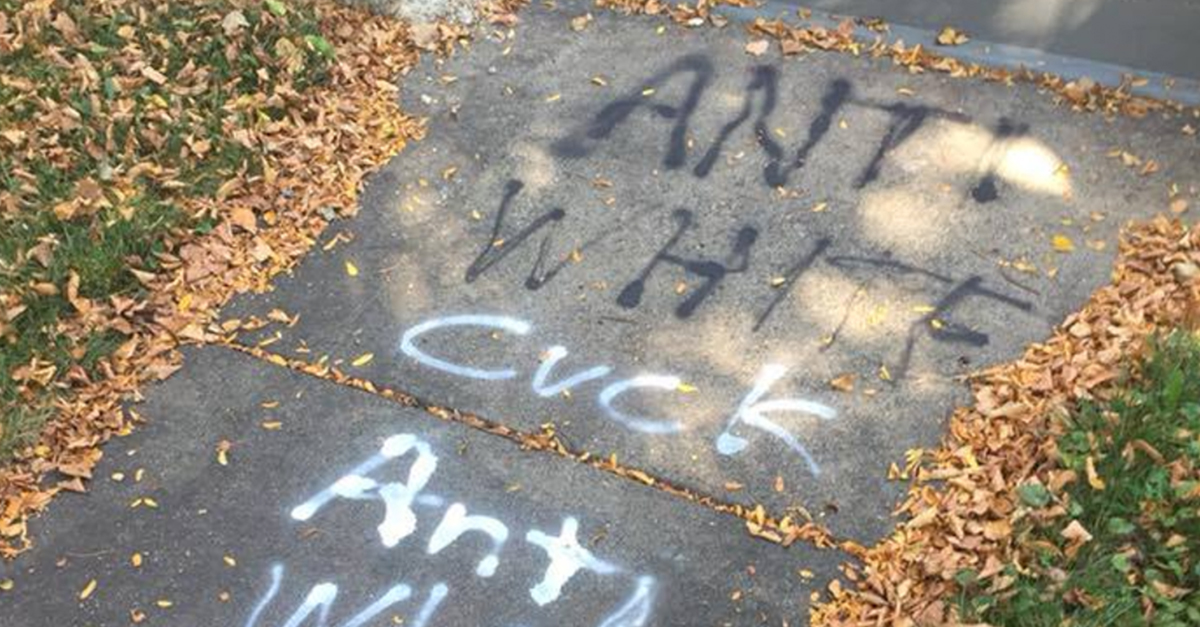