In a city that’s always growing and changing, it brings comfort to some Chicagoans to know that their beloved Manny’s Deli is still standing strong after 75 long years of service.

The iconic cafeteria attributes their success to one simple idea: consistency. Staying the same over the course of the years has drawn many to the deli at Roosevelt Road and Jefferson Street, including past presidents, police and even some well known criminals, according to DNAinfo.

Having been a family business since it began, the deli remains in the family of the two Jewish brothers who immigrated here from Russia to sell their mother’s recipes in Chicago’s Greektown. Famous for their corned beef and pastrami, the deli took off and continues to serve some of those same recipes today.

RELATED: The rich tradition between Mexican cuisine and Chicago’s South Side is undeniable

When Jack and Charlie Raskin, the founders of Manny’s Deli, opened up shop, their deli was just one of many lining the streets, but it didn’t take long for Chicagoans to find this diamond in the rough. That first diner was located at Van Buren and Halsted streets, but the brothers split after World War II so that Jack could move their business closer to the Maxwell Street Market on Roosevelt Road.

The diner Jack bought was named Sunny’s and, to save money, he thought it clever to simply replace two letters on the pre-existing sign and name the new location after his son, Manny. The deli remained mobile for a few years, changing between several locations until Emanuel “Manny” Raskin settled it to its current location at 1141 S. Jefferson St. in 1964.

“It’s a great feeling to know these people wanted to come and share in what our family has built,” Dan Raskin told DNAinfo as he reflected on the continuing success of his family’s pride and joy. 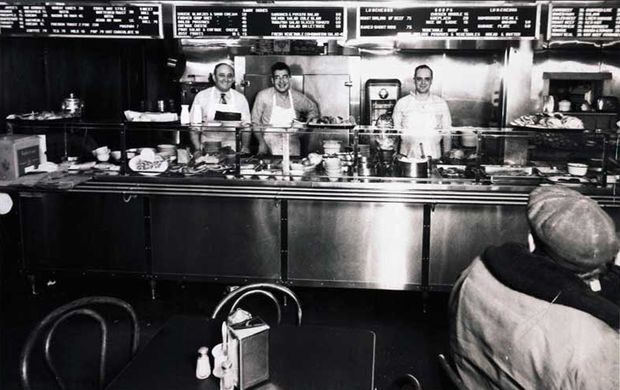