Menu
Follow us
Search
Menu
Search
LONDON, ENGLAND - JULY 12: Queen Elizabeth II, left, stands with Queen Letizia of Spain as their husbands King Felipe and Prince Philip inspect an honour guard during a Ceremonial Welcome on Horse Guards Parade on July 12, 2017 in London, England. This is the first state visit by the current King Felipe and Queen Letizia, the last being in 1986 with King Juan Carlos and Queen Sofia. (Photo by Matt Dunham - WPA Pool/Getty Images)

According to PEOPLE, the royal family kicked things off with Prince Charles and Duchess Camilla greeting Spain’s king and queen at their hotel. From there, the royal couples traveled to Horse Guards Parade, the famous central London parade ground, where an official welcomed was held.

Queen Elizabeth II and Prince Philip were standing nearby to make a formal welcome that included a royal salute from the Guard of Honor and a rendition of the Spanish National Anthem. King Felipe and Queen Letizia then joined the queen and Prince Philip for a state carriage procession to Buckingham Palace.

Later, the queen hosted a private lunch at Buckingham Palace that was followed by a tour of the Picture Gallery to highlight some of the Royal Collection of items relating to Spain. Prince Charles and Duchess Camilla will also host the king and queen of Spain at their home at Clarence House for afternoon tea.

King Felipe is set to also address Parliamentarians this afternoon. 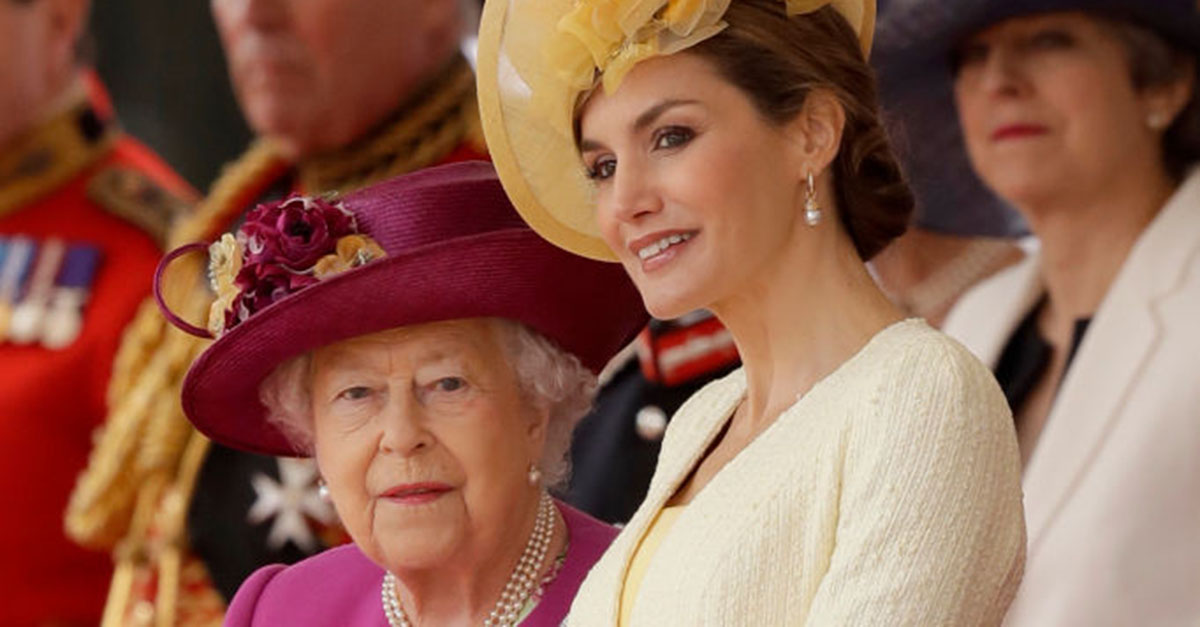