Menu
Follow us
Search
Menu
Search
Britain's Queen Elizabeth II waves to the crowd as she arrives by open carriage into the parade ring on the third day of the Royal Ascot horse race meeting, which is traditionally known as Ladies Day, in Ascot, England Thursday, June 22, 2017. (AP Photo/Alastair Grant)

While Queen Elizabeth II was traveling to Westminster this week for the State Opening of Parliament, someone happened to notice that she wasn’t wearing a seat belt as she rode by in her car, and they called the police over it.

999 call received reporting that the Queen isn't wearing a seatbelt. #not999 #notevenwestyorkshire

It’s unclear what the operator told the caller, but it seems that the police were a bit perturbed by the call.

“I cannot stress enough that the 999 number is for emergencies only,” Tom Donohoe of West Yorkshire Police said, explaining that they’ve been getting many non-emergency calls.

“This is just a sample of inappropriate calls received by our operators this year,” Chief Superintendent Pippa Mills added.

A statement on the British Monarchy website assures that “the Queen is careful to ensure that all her activities in her personal capacity are carried out in strict accordance with the law.”

RELATED: The Queen and Prince William visit the emergency shelter for survivors of the Grenfell Tower fire 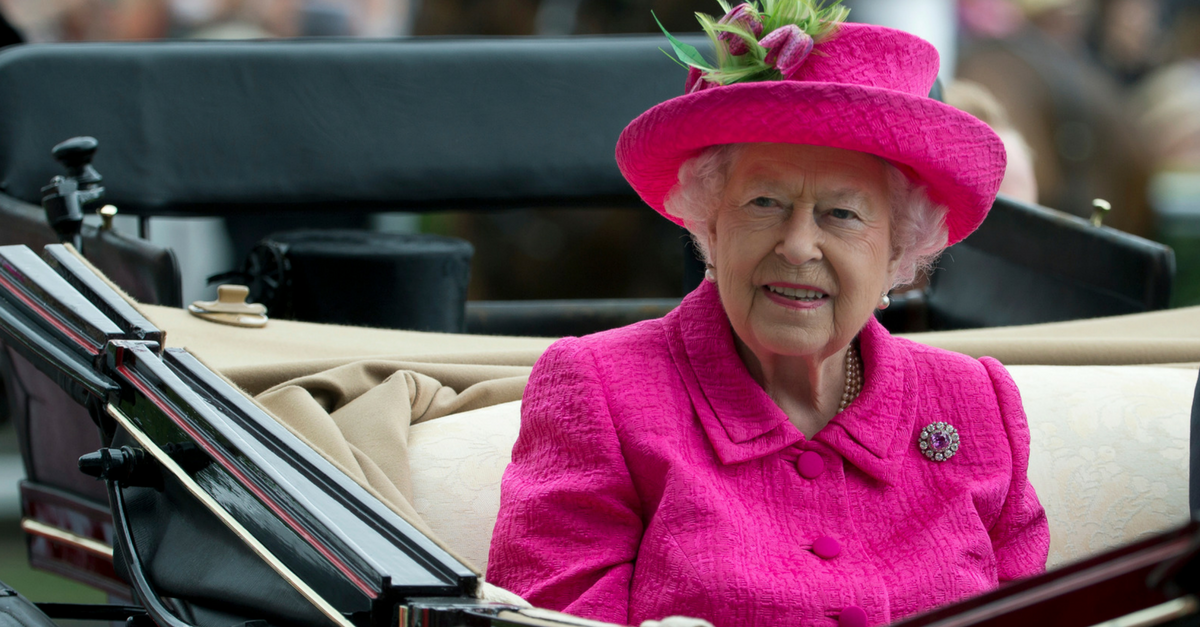