Google Employees Walk Out to Protest Treatment of Women 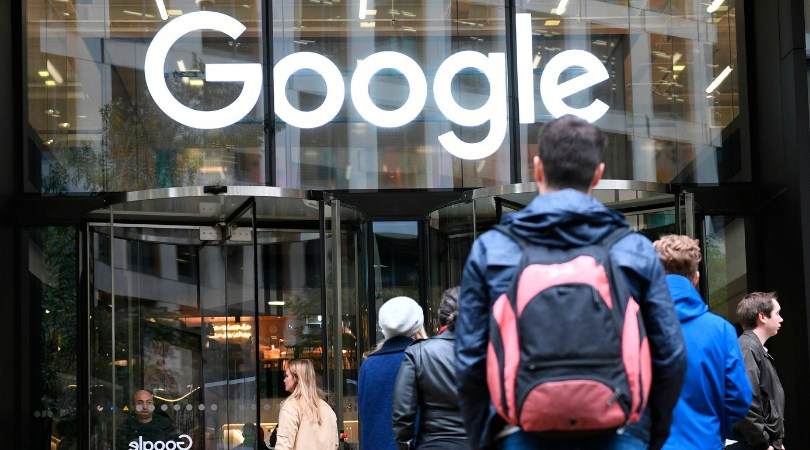 SAN FRANCISCO (AP) — Carrying signs with messages such as “Don’t be evil,” several hundred Google employees around the world briefly walked off the job Thursday in a protest against what they said is the tech company’s mishandling of sexual misconduct allegations against executives.

Employees staged walkouts at offices from Tokyo and Singapore to London and New York, with more expected to do so in California later in the day, reflecting a growing #MeToo-style backlash among women against frat-house misbehavior in heavily male-dominated Silicon Valley.

In Dublin, organizers used megaphones to address the crowd of men and women to express their support for victims of sexual harassment. Other workers shied away from the media spotlight, with people gathering instead indoors, in packed conference rooms or lobbies, to show their solidarity with abuse victims. Protesters in New York carried signs with such messages as “Not OK Google” and “Don’t Be Evil” — a mocking reference to Google’s one-time motto.

Many demonstrators cited fears about their job security in refusing to talk, but one woman who did speak, designer Leeung Li Jo, said in New York that she wanted to show support for the #MeToo movement “so we can have a comfortable working environment.”

“Time is up on sexual harassment, time is up on systemic racism, time is up on abuses of power. Enough is enough,” organizer Vicki Tardif Holland shouted, her voice hoarse, at a gathering of about 300 people in Cambridge, Massachusetts.

Thursday’s walkout could signal that a significant number of the 94,000 employees working for Google and its corporate parent Alphabet Inc. remain unconvinced that the company is doing enough to adhere to Alphabet’s own advice to employees in its corporate code of conduct: “Do the right thing.”
The organizers said Google has publicly championed diversity and inclusion but hasn’t done enough to put words into action.

In an unsigned statement from organizers, the Google protesters called for an end to forced arbitration in harassment and discrimination cases, a practice that requires employees to give up their right to sue and often includes confidentiality agreements.

They also want Google to commit to ending pay inequity, issue a report on sexual harassment inside the company and adopt a clearer process for reporting complaints.

The Google protest unfolded a week after a New York Times story detailed allegations of sexual misconduct about the creator of Google’s Android software, Andy Rubin. The report said Rubin received a $90 million severance package in 2014 after Google concluded the sexual misconduct allegations against him were credible. Rubin denied the allegations in a tweet.

The same story also disclosed allegations of sexual misconduct against other executives, including Richard DeVaul, a director at the Google-affiliated lab that created such projects as self-driving cars and internet-beaming balloons. DeVaul had remained at the “X” lab after allegations of sexual misconduct surfaced about him a few years ago, but he resigned Tuesday without severance, Google said.

Google CEO Sundar Pichai apologized for the company’s “past actions” in an email sent to employees Tuesday.
“I understand the anger and disappointment that many of you feel,” Pichai wrote. “I feel it as well, and I am fully committed to making progress on an issue that has persisted for far too long in our society … and, yes, here at Google, too.”

The email didn’t mention the reported incidents involving Rubin, DeVaul or anyone else at Google, but Pichai didn’t dispute anything in the Times story.
Pichai indicated that Google wouldn’t interfere with protest plans and would ensure that “you have the support you need.”

In an email last week, Pichai and Eileen Naughton, Google’s executive in charge of personnel issues, sought to reassure employees that the company had cracked down on sexual misconduct since Rubin’s departure four years ago. Among other things, Pichai and Naughton said Google had fired 48 employees including 13 senior managers, for sexual harassment in recent years without giving any of them severance packages.

The latest complaints from employees are part of a wider discontent at Google and other Silicon Valley companies, though much of the complaints so far have been aired not at public protests but at company town halls, internal message boards and petitions that got leaked.

In August, more than 1,000 Google employees signed a letter protesting the company’s plan to build a search engine that would comply with Chinese censorship rules.

Earlier, thousands signed a petition asking Google to cancel an artificial-intelligence project to help the Pentagon improve the targeting of drone strikes. Google later said it won’t renew the contract, according to published reports.

A Silicon Valley congresswoman tweeted her support of the Google walkout using the #MeToo hashtag that has become a battle cry for women fighting sexual misconduct. “Why do they think it’s OK to reward perpetrators & further violate victims?” asked Democratic Rep. Jackie Speier, who represents a well-to-do district where many of Google’s employees live.