The last person known to be born in the 1800s has passed away, and what an incredible life she lived 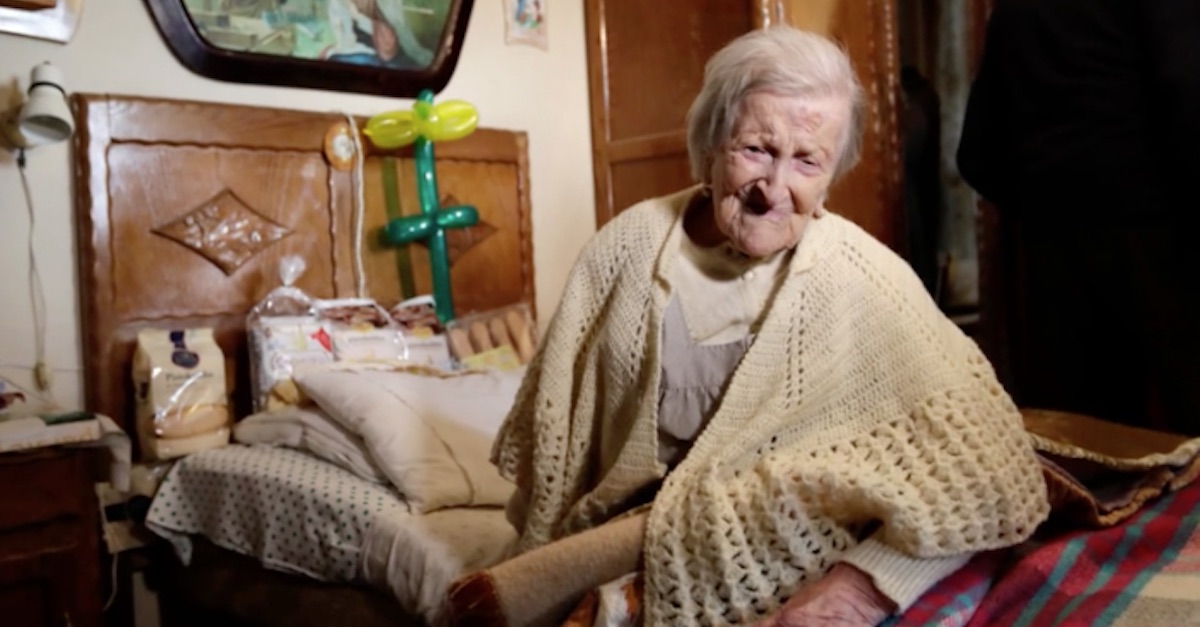 ROME — Emma Morano, at 117 the world’s oldest person who is also believed to have been the last surviving person born in the 1800s, died Saturday at her home in northern Italy, her physician said.

RELATED: This 100-year-old woman who still works six days a week has advice for “a lot of old people”

Dr. Carlo Bava told The Associated Press by phone that Morano’s caretaker had called him to say she had stopped breathing in the afternoon while sitting in an armchair at her home in Verbania, a town on Italy’s Lake Maggiore.

Bava said he had last seen his patient on Friday when “she thanked me and held my hand,” as she did every time he called on her. While Morano had been increasingly spending more time sleeping and less time speaking in recent weeks, she had still eaten her daily raw egg and biscuits that day, he said.

A woman in Jamaica, Violet Brown, who was born in that Caribbean island on March 10, 1900, is now considered the oldest known person in the world, according to a list kept by the Gerontology Research Group. Jamaican Prime Minister Andrew Holness tweeted his congratulations to her.

Morano’s doctor, who lives a few blocks away from his patient, had been her physician for nearly a quarter of a century.

Morano, born on Nov. 29, 1899, had been living in a tidy, one-room apartment, where she was kept company by her caregiver and two elderly nieces.

He said she had been her usual chatterbox self until a few weeks ago. Since then it was clear, “she was slowly fading away,” and spending nearly all day in bed, Bava said.

Last fall on her birthday, Morano declared: “I’m happy I have turned 117!”

Bava has previously told the AP that Morano lost a son to crib death when he was six months old.

Morano left her husband in 1938 because he would beat her. She “abandoned the husband in the Fascist era, when women were supposed to be very submissive,” Bava said in a 2015 interview. “She was always very decisive.”

Morano began working in a factory making jute bags when she was 16. Then she worked at a hotel, working way beyond the usual retirement age.

Beside work, she enjoyed herself. She was considered a good dancer with a beautiful singing voice in her youth.

RELATED: 100-year-old educator is still doing what she’s always loved, and she has no plans on stopping

She also defied health advice, Bava said Saturday. Some doctors had warned her against eating three eggs daily, which she did for years, but she ignored their advice.

Researchers from Harvard Medical School visited her in 2014 as part of a study into immunity to diseases, the Italian news agency ANSA said.