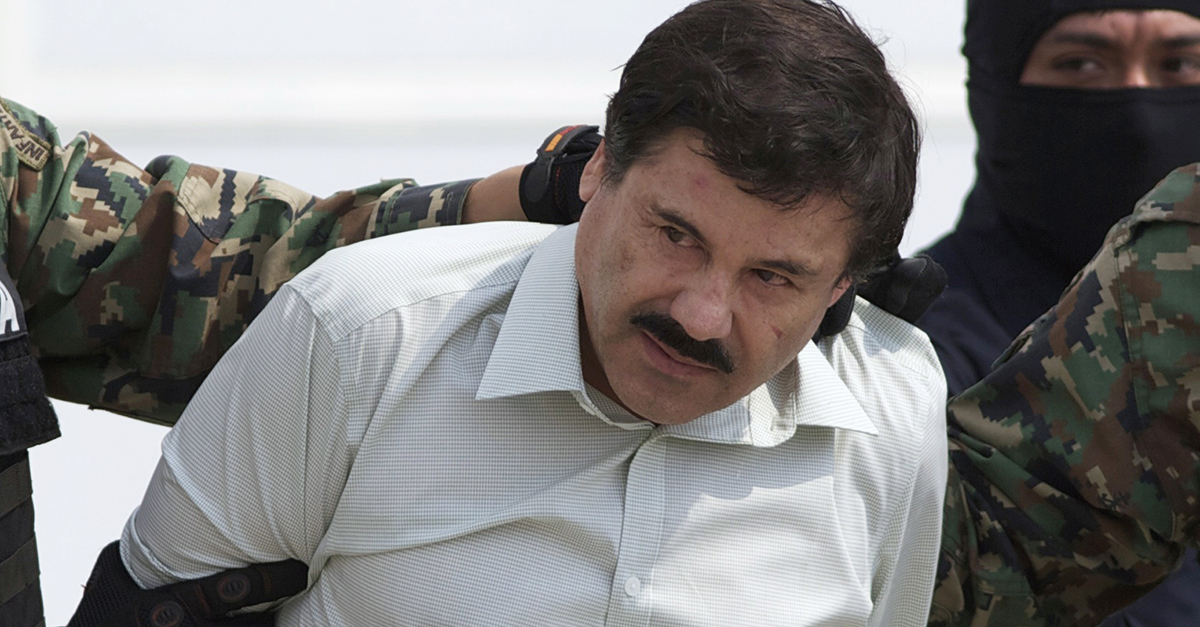 MEXICO CITY (AP) — Joaquin “El Chapo” Guzman, Mexico’s most notorious cartel kingpin who twice made brazen prison escapes and spent years on the run as the country’s most wanted man, was extradited to the United States on Thursday to face drug trafficking and other charges.

Mexico’s Foreign Relations Department announced Guzman was handed over to U.S. authorities for transportation to the U.S. on Thursday, the last day of President Barack Obama’s administration and a day before Donald Trump is to be inaugurated.

Two senior U.S. officials confirmed that Guzman was on his way.

One said the U.S. Drug Enforcement Administration took custody of Guzman in Ciudad Juarez, across the border from El Paso, Texas, and a plane carrying him departed for New York at 5:31 p.m. Eastern time. The officials agreed to give the information only if not quoted by name because they were not authorized to discuss the matter publicly.

New York is one of several U.S. jurisdictions where Guzman faces charges.

The convicted Sinaloa cartel boss has been held most recently in a prison near Ciudad Juarez. He was recaptured a year ago after escaping from a second maximum-security prison through a tunnel dug to his cell. He had fought extradition since then.

© 2017 The Associated Press. All rights reserved. This material may not be published, broadcast, rewritten or redistributed. Learn more about our Privacy Policy and Terms of Use.