And with less imaginative crowds, it usually evokes a laugh.

But it was a different tale when this big lizard crawled into a bar in New South Wales, Australia.

RELATED: Watch as a giant lizard crosses the path of this country hunk

Samia Lila was serving drinks at Mimosa Winery when a customer pointed out the goanna, which is a sort of giant Australian monitor lizard, that was scurrying across the floor. Lila told the Sydney Morning Herald that she “looked at it and thought it was a dog at first!”

As she moved the animal across the veranda, patrons jumped out of the way, and one woman leaped onto her chair.

RELATED: We can’t think of a better way to stop traffic than watching lizards fight

Lila finally cornered the creature and managed to grab it by the tail, then pull it out of the restaurant.

“I wasn’t scared. I like reptiles, so I was a bit excited,” she said.

Somebody captured a video of the brief encounter, and the restaurant posted it to their Facebook page, where it has been viewed almost 400,000 times.

Lila, who is French, has only been Australia since November. She said she will probably continue to work in the restaurant until her visa expires, then will continue her travels. 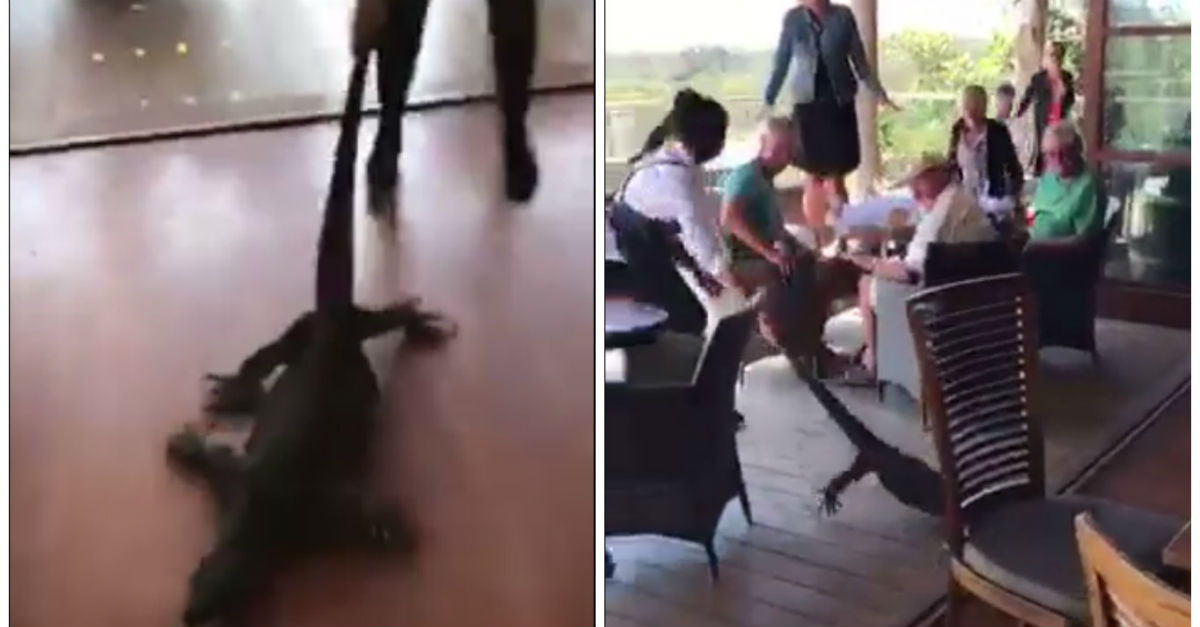