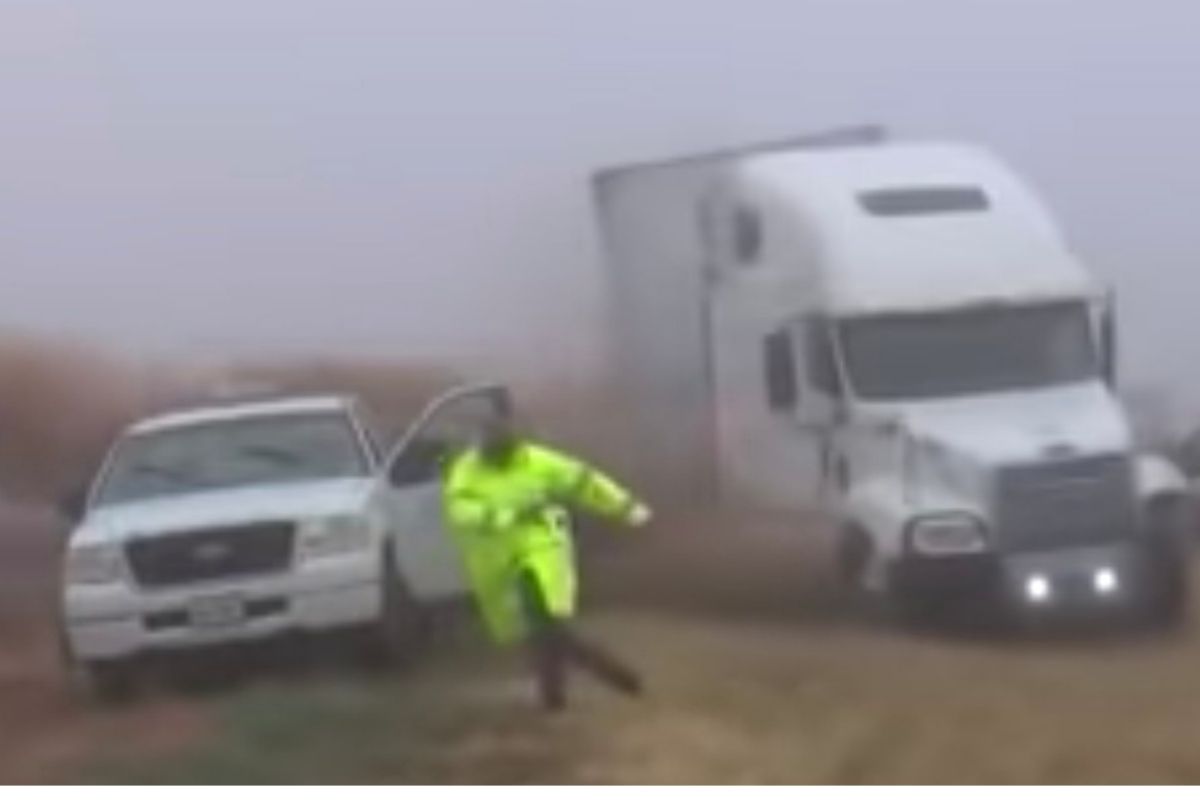 A Texas State Trooper and another driver were injured when an 18-wheeler came speeding through the heavy fog and crashed into the scene of another car accident that had already taken place on Highway 84 near Lubbock.

The local NBC affiliate KCBD had a camera crew on the scene, filming the aftermath of the initial crash when the truck came out of nowhere and careened into the emergency crew and several stopped cars on the side of the road.

According to The Texas Department of Public Safety, the injured trooper suffered a sprained ankle, bruising to his ribs and back, and a cut on his head. The injured driver, who was trapped in his truck by the crashing big rig, was kept in the hospital with internal injuries that needed to be monitored but is expected to make a recovery. He did not suffer many significant injuries.

The video, as you can see, is absolutely terrifying. Like, “jump scare in a horror movie” frightening. It looks like a scene out of Duel sequel. (Duel 2: Into the Mist.) It’s easy to forget how dangerous it is for troopers, paramedics, firefighters, etc. to handle highway accidents. Even on a clear day they’re out there, completely exposed, and at the mercy of highway drivers who are probably flipping between podcasts on their phone or trying to fish a Pepperoni Pizza Combos cracker out from between their legs instead of watching the road. On a day with visibility as low as this they might as well just assume they’re going to get hit by a truck and call it a win if they don’t.

So to all you first responders out there who have to put your lives in the oblivious hands of idiot highway drivers (us) to protect and serve other dumb motorists who have already disabled themselves (also us): thank you.

Editors Note: This article was originally published on December 30, 2019.